Struggling with sleep? Baked potatoes (specifically sweet potatoes) can help. Read on to see why experts say spuds are some of the best foods for sleep–and find out what the others are too.

One potato, two potato, three potato, snore? While potatoes may sound like an unexpected nighttime snack, spuds could be a gamechanger if you struggle with sleep due to their unique combination of nutrients that help prevent rapid fluctuations in blood sugar and support the production of sleep-promoting neurotransmitters and hormones.

Below, experts explain exactly what makes a baked potato (especially sweet potatoes) the best food for sleep, plus more tips on how to formulate your overall diet for optimal sleep.

Why Potatoes are the Perfect Food for Sleep

If you struggle with sleep, chances are you’ve tried it all: eye masks, reducing nighttime screen time, guided meditations, and more. But did you know nutrition can be another tool to help you slumber?

Sweet potatoes, in particular, are a lovely little package of good carbs and sleep-promoting micronutrients. While it may seem like a strange pick, there are a few reasons why potatoes are some of the best foods to eat for better sleep.

A study in the Journal of Sleep Research found carbohydrates were associated with less difficulty staying asleep—but only complex carbohydrates. Complex carbs are carbs composed of fibers and starches (think: the kind you find in whole plant foods such as potatoes and other veggies, legumes, and whole grains). They digest more slowly than the simple carbs present in sugary foods, refined grains, and baked goods. This means complex carbs lead to a slower, steadier rise and fall in blood sugar, not the type of blood sugar surge and subsequent drop that interferes with sleep.

Sugary foods and refined carbs, on the other hand, can cause a blood sugar spike and subsequent drop about four hours later—and this drop is associated with increased production of the neurotransmitter norepinephrine, which promotes alertness. Translation: Not a recipe for good sleep.

Sweet potatoes still have a moderate impact on blood sugar, but that isn’t a bad thing. In fact, the nutrients they contain make them one of the best tryptophan foods for sleep. “They have the right amount of complex carbohydrates to elicit an insulin response that clears the way for the amino acid tryptophan to flood the brain with less competition from other amino acids,” says Judes Scharman Draughon, MS, RDN, author of 12 Fixes to Healthy. “More tryptophan in the brain helps promote more serotonin production and consequently more of the sleep-enhancing hormone melatonin.”

Think of sweet potatoes like a natural (and delicious) sleep supplement. “They have the right balance of nutrients like potassium and vitamin B6 to stimulate the production of the sleep hormones serotonin and melatonin,” says Scharman Draughon. Sweet potatoes also contain magnesium, which aids in the production of the neurotransmitter gamma-aminobutyric acid (GABA), which calms nerve activity and helps you relax.

What about white potatoes? They’re not as nutrient-rich, but as long as you’re not eating them in the form of French fries, go ahead and give them a try. “White potatoes produce similar sleep effects as sweet potatoes, but sweet potatoes contain more tryptophan than white potatoes and a nice dose of beta-carotene,” says Scharman Draughon.

How to Eat Potatoes for Better Sleep

Whatever potato you choose, don’t eat it too late in the evening. “Eating any food within 60 minutes of going to bed can negatively affect your sleep,” says Scharman Draughon. Your best bet: Incorporate it into your dinner several hours before bed, or (if you’re still hungry) have half a potato as a small late-night snack a bit closer to bedtime.

“Eating a potato for dinner or at least four hours before bed may promote better sleep than eating it an hour before bed,” Scharman Draughon says “It takes time for all these sleep-promoting reactions to occur in the body.” That said, everybody is a little different, so you may need to experiment to find your ideal potato-eating window.

And if you can stomach it, eat the potato skin, too! This provides an extra dose of fiber which promotes balanced blood sugar—and eating enough fiber every day has been associated with improved sleep. Drizzling your baked potato with a little Greek yogurt, olive oil, avocado, or almond butter—all of which provide a dose of healthy fats—helps further stabilize blood sugar and aids in the absorption of fat-soluble nutrients such as beta-carotene (which helps support healthy eyes and skin and a stronger immune system).

The Best Foods for Sleep

Aside from potatoes and sweet potatoes, what are some other healthy bedtime snacks? Here are five foods to eat for better sleep:

Oats are another complex carb that may have a similar sleep-promoting effect to potatoes. They also produce enough insulin to help clear the way for tryptophan to get to the brain. Plus, they contain a healthy dose of vitamin B6 and melatonin, making them one of the best bedtime snacks. but complex carbs aren’t the only way to enhance sleep.

Craving something sweet before bed? Good news: Kiwi is one of the best snacks you can have before bedtime. That’s because they have an unusually high serotonin content, according to Scharman Draughon.

Turns out, the age-old tradition of having a glass of milk before bed holds up. According to Scharman Draughon, it’s one of the best foods for deep sleep. “Drinking milk in the evening may help you sleep, as it contains a component known as casein trypsin hydrolysate (CTH), which binds to a receptor in the brain to suppress nerve signaling and promote sleep,” she says.

For something lighter that you can sip closer to bedtime, try chamomile tea. This cozy beverage has been shown to improve sleep quality and quell anxiety, thanks in part to an antioxidant called apigenin, which appears to promote muscle relaxation and sleepiness. For something extra dreamy,  try one of these bedtime latte recipes.

Keep In Mind, Your Overall Diet Matters the Most

While some individual foods may offer sleep-promoting properties when consumed closer to bedtime, your overall eating pattern throughout the day is even more important.

One study in the Journal of Clinical Sleep Medicine found that even just one day of eating low fiber, high saturated fat foods negatively influenced participants’ sleep, in part, by interfering with slow wave sleep, which is considered the most restorative sleep stage. Additionally, eating a higher percentage of calories from sugar and refined carbohydrates was associated with waking up during the night, likely due to fluctuations in blood sugar.

Potatoes, especially sweet potatoes, offer a great combination of complex carbohydrates for steady blood sugar, along with vitamins and minerals that enhance the body’s production of sleep-promoting hormones and neurotransmitters. Try incorporating them into your dinner or a small evening snack for deeper, more restful sleep. Pro tip: Half a baked sweet potato slathered with almond butter and sprinkled with cinnamon is almost like dessert. 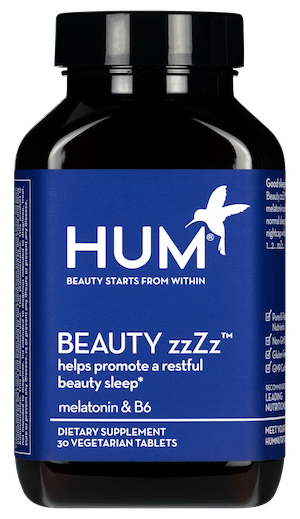 Stephanie Eckelkamp is a writer and certified health coach. She received her B.S. in journalism from Syracuse University with a minor in nutrition. Her work has appeared in Martha Stewart Living, mindbodygreen, Clean Plates, Greatist, Women's Health, Men's Health, Prevention, and Good Housekeeping. When she's not nerding out on the latest health news, she's most likely on a walk with her dog Lucy or trying to convince her boyfriend to eat more veggies.