Does the way you sleep say something about your personality? According to sleep position psychology, it sure does. Learn about five different types of sleep positions and what each may say about you.

There’s something so restorative about catching enough zzZz’s each night. But did you know that the way you sleep can play into how well you sleep? What’s more, the position in which you sleep can say more about not only your quality of sleep, but also your personality as a whole.

To discover what different sleeping positions mean, we chatted with Tara Youngblood—chief scientist and co-founder of ChiliSleep—who’s logged 10,000+ hours studying the science of sleep.

Keep reading to learn about what your sleeping position says about you.

What Your Sleeping Position Says About You

Curious about what various sleeping positions mean? Here’s what sleep position psychology has to say about five types of sleeping styles. 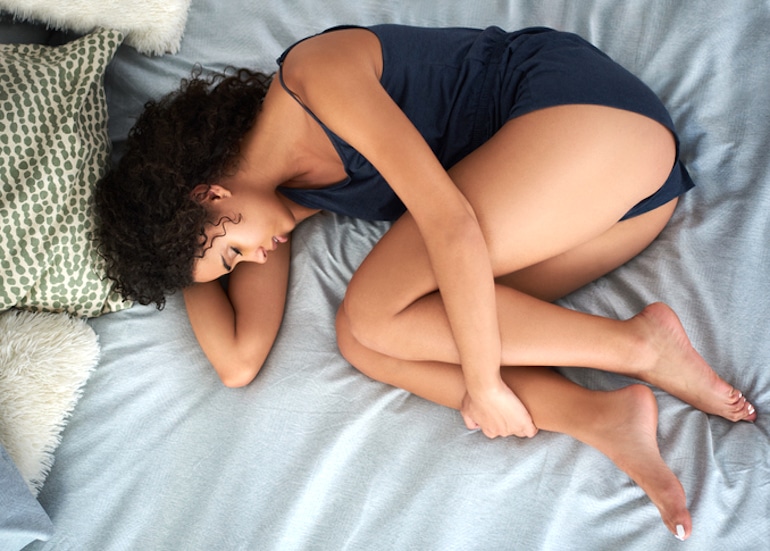 What it looks like: Sleeping on your side with your arms and legs curled in

What it says about you: “If you use the fetal position while you sleep, you may be in the neuroticism category, which describes a tendency to have unsettling thoughts and feelings,” Tara shares.

Other considerations: That said, don’t worry if you sleep like this! This is the most popular sleep position of all. According to a survey by sleep specialist and author Chris Idzikowski, 41 percent of sleepers rest in this sleep position. “It makes sense, since we all did this once in the womb,” Tara continues.

Also, while Tara characterizes it as neuroticism, Iszikowski elaborates in his survey that it’s more about being sensitive—which can lead to certain stress, worries, and fears—than truly unhinged.

Nevertheless, given the potential personality tendencies of these sleepers, Tara suggests adding a weighted blanket to your sleep routine. (Personally, I recommend the Velvet Napper from Bearaby.) “It’ll help reduce anxiety before you go to bed,” she says.

What it looks like: Sleeping on your back with your arms straight down at your side as if you’re laying at attention

What it says about you: “Soldier sleepers live up to their name,” Tara says. “They’re strong, silent, and focused people who don’t like a big fuss.”

Other considerations: Most often, soldier sleepers are a combination of conscientious, open, and extroverted. “Weighting of these personality types may influence how much time the sleeper spends in this position,” she adds, noting that sleeping on your back is considered the healthiest. “Regardless, they love structure and take themselves very seriously. This also means that they can have high expectations for themselves and others around them.”

However, Tara says that sleeping this position can lead to snoring. “Soldier sleepers may have to prop themselves up to sleep or spend sleeping time apart from their sleep partner as a result,” she says. Additionally, sleeping with your mouth closed can help reduce snoring. 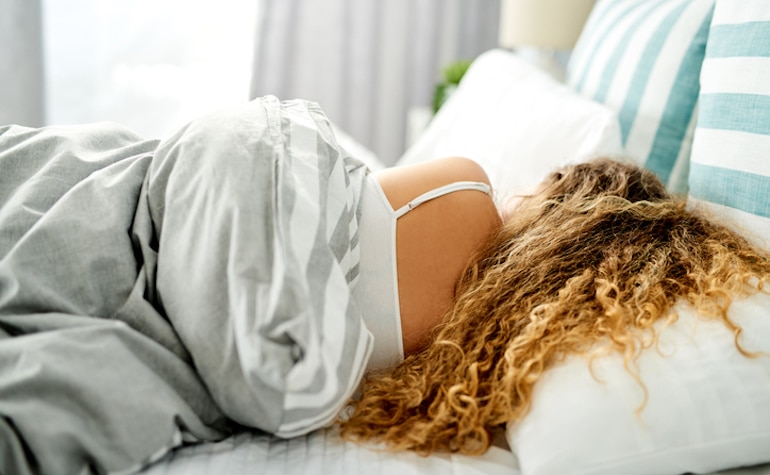 What it looks like: Sleeping on your side with arms outstretched or curled up

What it says about you: “Side sleepers are typically open, agreeable, and extroverted people,” Tara explains. “They converse with all kinds of people, but can prefer running with an A-list crowd.” Further, if you side sleep with your arms outstretched or cuddled up with a pillow, she says there’s a fun-seeker in you.

Other considerations: This position keeps your neck and back in alignment, which Tara says is ideal for folks with pain in those areas.

4. The Sleep Artist (aka The Starfish)

What it looks like: Sleeping on your back with your legs stretched out and arms stretched up over your head

What it says about you: “People who sleep like this may have an unconventional style, but are very loyal friends and make relationships a great priority,” Tara says. “They’re open, agreeable leaders.”

Other considerations: While Tara says that this is the least popular sleep style, that doesn’t phase these unique souls. 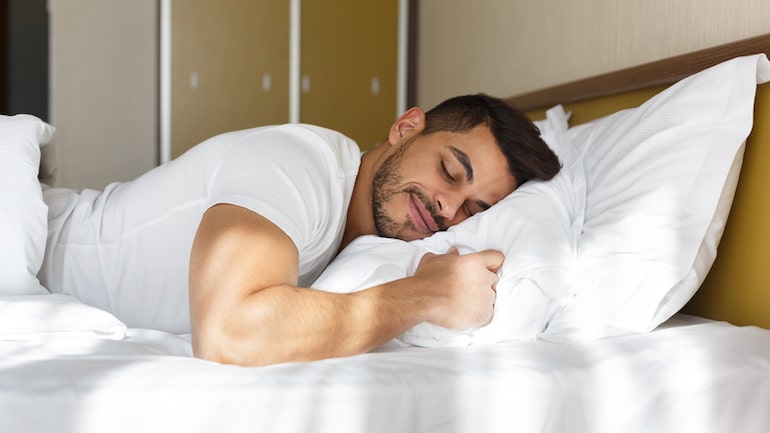 5. The Stomach Sleeper (aka The Freefaller)

What it looks like: Sleeping on your stomach with your head to one side and arms wrapped around a pillow

What it says about you: The stomach sleeper “is an experimental fun seeker and risk taker,” Tara says. However, “they can have underlying feelings of neuroticism and vulnerability.”

Other considerations: Doctors have found that sleeping on your stomach can be bad for your back. However this sleeping position is better to reduce snoring, so it’s still up for grabs in that regard.

As fascinating as sleep position psychology is, it’s important to remember that—like in astrology—these common characteristics should lead you to further self-discovery. Conversely, they shouldn’t pigeonhole you into thinking that these sleeping styles are the be-all, end-all of who you are.

In sum, take your own sleep position psychology with a grain of salt. Let it push you to dive deeper into yourself to uncover whether these characteristics are large players in your life, or if maybe there’s more to your sleep state and self as a whole.