Tech and mental health experts reveal the stress-reducing, sanity-saving benefits of the inbox zero method. Plus: a complete guide on how to achieve a consistently clear inbox.

Have you ever opened up your email only to immediately feel a sense of dread wash over you? Same—every day, in fact. That’s the reality of living in the digital world, a place where you’re expected to be just an email away at any given moment, regardless of time differences, day of the week, and other pressing priorities on your to-do list. And, if not addressed, constantly chasing after your inbox can lead to lead to burnout.

To begin, know that you’re not alone if the sheer volume of your emails overwhelms you. Many people find crowded inboxes to be incredibly stressful, not to mention majorly time-consuming.

And we’re not just saying that to console you—there’s research to back it up. According to Adobe’s annual Email Usage Study, on average, adults spend:

The scariest part? These stats decreased from 2016, despite still totaling upwards of five hours a day consumed by your inbox.

Ashkaan Hassan, Esq., co-founder of the LA-based IT company We Solve Problems, relays how these problems manifest daily.

“You know that feeling you get when you first log in to your email to a ton of unread items? That discomfort comes from not knowing how much time it’s going to take to sift through the junk to find important emails, and from the worry of potentially missing something important,” he says.

Needless to say, something needs to change. One such way to take a positive step forward in this digital world is to consider the inbox zero method. 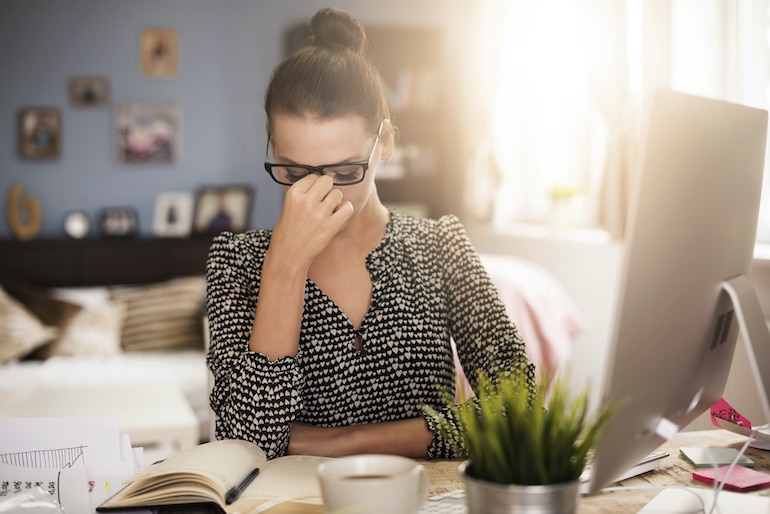 What Is Inbox Zero?

As the name suggests, this concept is geared toward keeping your inbox at zero by the end of each and every day.

Jor-El Caraballo, MA, EdM, LMHC, a therapist who focuses on stress management and mental health within the workplace, says the inbox zero method might not work for everyone. However, he continues, it “can be a helpful strategy to reduce stress and create a system to manage electronic correspondence effectively.”

Anybody who feels overwhelmed due to an influx of messages—or as though they often miss opportunities and connections with co-workers—can benefit from it.

All said, the inbox zero method is all about bringing order to chaos. If you crave that, it might be the perfect addition to protect your mental health and boost wellness at work.

Benefits of the Inbox Zero Method

The biggest benefits of the inbox zero method include:

But how and why do these benefits kick in?

“It’s why messy spaces can cause people to panic, and why we tend to feel better when things are cleaned up,” she says. With this in mind, Dr. Appleton says that allowing yourself some time to clear out the clutter of your inbox—just as you would in a physical space in your home—can make a major difference in your overall feeling of work-life balance.

Second, Ashkaan adds that getting to inbox zero reduces overwhelm and stress. From there, a better workflow and greater productivity can follow.

“Having a system in place keeps your email clutter-free and gives you the confidence to know that everything you need to deal with is right in front of you,” he begins.

“That’s also why inbox zero users spend less time emailing and more time actually getting stuff done. They don’t have to dig or try to weigh the importance of things. You just move from one email to the next until they’re all gone.”

As Jor-El sees it, taking time to edit your inbox throughout the day in short bursts—including responding to and automatically archiving content—can actually lead to improved feelings of workplace connectedness.

“The idea is that taking an inbox zero approach can lead to a reduction in the stress of having many emails pile up over the course of a day. [This] can often compound and create a cumulative effect that snowballs over time, leading to many missed emails,” he explains. “This can obviously create disruption in relationships with coworkers should there be items that require a prompt response or other action.”

Finally, Ashkaan concludes by saying that practicing the inbox zero method is like preventative care for your tech life.

“It’s just good tech hygiene,” Ashkaan says. “Few people want to spend their time brushing their teeth, but we do it because it’s [hygienic]. Brushing our teeth prevents cavities, keeps our breath fresh, and reduces the mental stress related to the health of our teeth. Inbox zero is just like that—except the more you do it, the more time you actually save.” 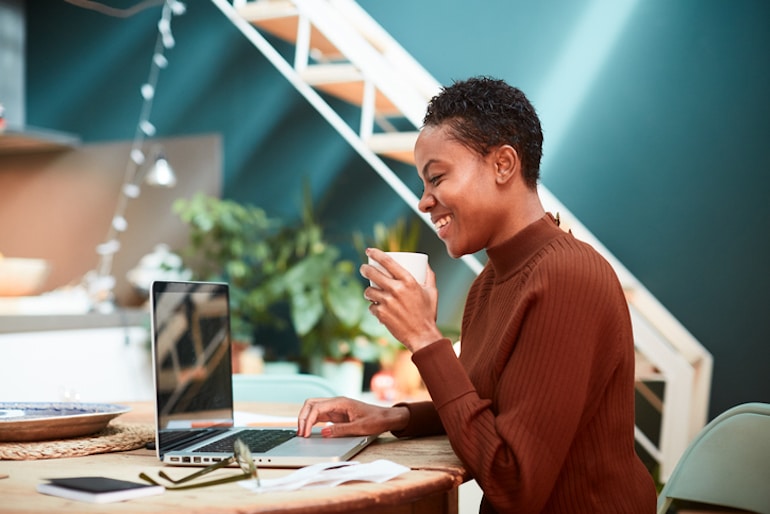 How to Achieve Inbox Zero

So, how do you accomplish inbox zero anyway? Like most things, it depends on who you ask.

For Jor-El, it’s all about immediately addressing any emails that take less than two minutes to respond to. Once that’s finished, do a larger sweep at the end of the day before signing off.

But for Ashkaan, there’s a whole system to it.

Start by turning each email into an item on your to-do list. As a result, he says that “you’ll likely get through it much quicker and ensure that you don’t miss anything.” That’s because each email that comes in has a specific reaction associated with it.

See below for what he says different types of emails are, plus the best way to handle each.

“This type of email just has information for you and doesn’t require a task or for you to communicate with anyone,” Ashkaan says. “You’ll archive this email away immediately and move on. If you need something from it down the road, you can always search for it.”

“This type of email requires action from you, like completing a task,” he says. “Once the task is complete, you’ll simply archive the email away and get it out of your to-do list.”

If you need to communicate that you completed an action, do so. Just always archive it at the end.

“This type of email can’t be acted on right now, but requires action from you later,” he says. “Simply snooze the email to the date/time you think would be most appropriate to handle this to-do item, and stop worrying about it.”

Seriously—don’t let it dwell in your mind. Deal with it when it reappears.

“I know that it can be difficult to know exactly when it would be a good time to deal with certain items, but that’ll come with time and experience,” Ashkaan says. “Just start and you’ll begin to work with yourself to pick the best times.”

“This type of email requires that the person get something back from you,” he continues. “Give them what they want and move on.” After responding, archive.

“This type of email requires action from someone,” Ashkaan says. “Forward it to the appropriate person with instructions and immediately archive it.” From that point forward, it’s in their hands.

However, if you’re a middle (wo)man, you might want to check in a few days down the road with that person to ensure they handled it.

Note: To prevent the ball from dropping when it comes to relying on other people’s responses, Ashkaan recommends snoozing emails you’d normally check up on after replying. “Then, if they haven’t responded, you can simply remind them and re-snooze the email to a later date,” he says. “If they reply to your email before the snoozed date, then it’ll just come back early and the snooze won’t matter.” 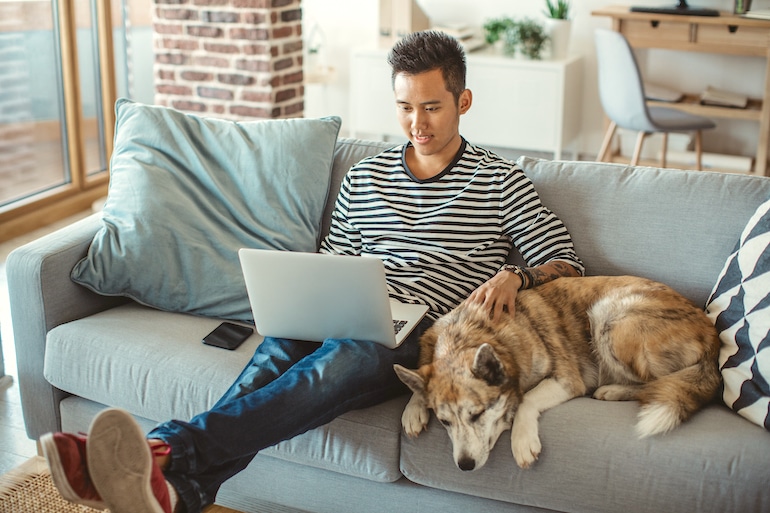 Is a voice in your head telling you that you’re doomed to fail? Don’t listen to it! Here are more insights and tips to guide you in your quest to master the inbox zero method.

The biggest misconception surrounding the inbox zero method is the assumption that it takes loads of time to do. Ashkaan admits that it can be difficult in the starting stages, with some people claiming it’ll take too long to implement or they don’t want to change up their workflow.

But once you put in the time and effort, the benefits will prove that it’s well worth it in the long run. Simply work on getting to inbox zero for a couple of weeks. From there, it should become habitual.

Even with the inbox zero method fully laid out, it may be difficult for you depending on how you work through emails. But don’t fret; Dr. Appleton says that’s totally normal.

“It’s important to not get frustrated with the process, as it can become more overwhelming and people tend to shut down,” she says. “Instead, set realistic goals, operate at a pace that’s comfortable for you, and allow for a range of success.”

But what if you try and fall off track? First things first, be easy on yourself.

Luckily, there’s a solution: If you have a massive backlog of messages, Ashkaan says to immediately archive anything that’s over 90 days old. From there, “start from the bottom (the oldest email) and work your way back to the newest email.”

It’s that simple; just move one by one until there’s nothing left. He admits it could take some time, but notes that the upfront investment will be worth the payoff.

Subscriptions are another common obstacle when getting to inbox zero.

If you continually archive or delete company announcements or promotions, Ashkaan says it’s time to unsubscribe. “I know it’s a pain to unsubscribe from everything, but it’s part of your [tech] hygiene,” he explains.

Otherwise, do you want the emails, just not in your inbox? If so, “every major email provider can filter those emails out,” he assures us. “You can pick another folder, or simply allow the emails to flow into your archive so you can just grab [it] on your next visit.” 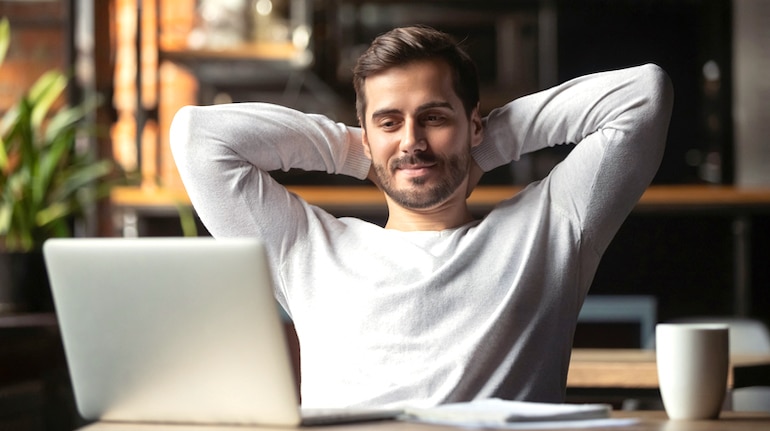 You might be wondering if the inbox zero method is really worth it. In short, yes!

As Ashkaan sees it, it’s a surefire way to build better tech habits and reclaim your time.

“Although most people think of a tech issue being a broken screen or error message, we find that messy email is an even greater disruption to people’s tech lives,” he explains. “Sure, a broken screen means that you can’t use your device until repaired—but that’s one time.”

On the contrary, he concludes, a crowded inbox “steals minutes from you constantly throughout the day. Those minutes add up, and the longer you wait to deal with it, the more time you’re going to waste.” 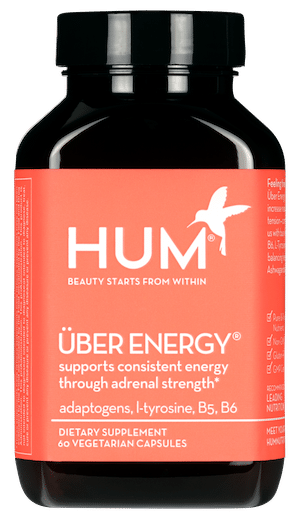 How Often Should You Exercise?

11 of the Best Foods for Hormone Balance