I’ll be honest: I’m more wary of technological innovation than most. After all, I wrote my college thesis on futuristic dystopian fiction, and think we’re dangerously close to living in Black Mirror‘s social-ratings-driven “Nosedive” society.

Curious to discover if going offline could lighten my load, I decided to embark on a 30-day social media detox. The surprising result? My initial experiment has since transformed into a deliberate lifestyle choice to quit social media entirely.

Here’s a look into my decision, journey, and research. Plus: some food for thought to see if taking a break from social media could be the life hack you didn’t know you needed.

Why I Quit Social Media

From the film Almost Famous, it reads: “From here on out, I’m only interested in what’s real. Real people, real feelings, that’s it; that’s all I’m interested in.” Henry David Thoreau penned a similar maxim that’s also profoundly influenced me for years: “Rather than love, than money, than fame, give me truth.”

Authenticity and transparency are values I strive to cultivate in myself and seek in others. With that said, social media is more aptly suited for light bites through rose-colored lenses (or filters, for that matter).

And while there’s been a recent uptick of digital “getting real” moments, Cazzie David and Carrie Battan illustrate that they often tread a fine line between raw honesty and strategic baiting.

The performative aspect of social media—parodied as Instagram vs. reality—never sat well with me. Somewhere along the line, putting your “best self” forward and staying “on brand” in-feed became a part-time job for everyday people.

Thinking about my own social media patterns, I questioned my motivations behind my uploads. What am I seeking with each post? Do I really need digital attention and validation?

Sure, I like to flex chic outfits, write pithy commentary, and commemorate my travels and special occasions as much as the next person. But I’ve come to realize that my daily doings don’t warrant a public forum, and there’s a certain dignity in staying private. I also want to enjoy my moments in the moment, instead of compulsively refreshing my screen to check out metrics on how well my life performs.

To be fair, our powers are limited in resisting these urges.

According to Tristan Harris—a former Google engineer turned champion of humane technology—digital media is designed to function like slot machines. Platforms mimic the neurological highs and lows of chasing the thrill of reward, which can encourage behavioral addiction.

As I mentioned in my meditation challenge review, I aim to put my time to good use. And it comes as no surprise that mindless scrolling is counterproductive to doing just that.

So, à la Carrie Bradshaw, I couldn’t help but wonder: If I spend an hour per day on social media, what could I achieve by dedicating that time to a more worthy pursuit over the course of a month? A year? A lifetime?

Armed with and empowered by this perspective, my decision to quit social media was a no-brainer.

I’ve been drawn to the idea of quitting social media for years—but I held onto my excuses and caveats for dear life.

For starters, I love my memes and I’m a culture vulture. Then, from a practical standpoint, elements of my job often overlap with social media. Yet most importantly, social media provides easy access to check in on family and friends (which I’ll touch upon soon).

However, particularly in the weeks before going cold turkey, the platforms took a serious toll on my mood—and quite frankly, my sanity.

These frustrations range from promoting eerily unnatural standards of beauty, the complex politics of interactions, and even its terminology. (For instance, the irony of watching “friends” battle on Facebook wasn’t lost on me. Also, the idea of being a “follower” on Instagram—and especially having a sense of worth ascribed to your own tally—became too hard to stomach.)

In truth, the time I wasted revved up by these triggers far exceeded the time I spent actually participating on social media.

By looking at the research behind the psychology of social media, I learned that I wasn’t alone in my feelings. A 2017 study demonstrates that heavy social media use (over two hours per day) is linked to increased rates of depression and perceived isolation.

Similarly, another 2017 study shows that overall Facebook use has a negative impact on self-reported life satisfaction, physical and mental health, and somehow even your body mass index (BMI). Hard pass, TYVM.

What Happens When You Quit Social Media?

As of this article’s publish date, I’ve spent a solid three months off the digital grid.

Life without social media has been incredibly beneficial for me. I’ve noticed positive improvements in all of the areas in which I sought respite and release.

However, I had a few common concerns before taking the leap, particularly in terms of relationships and connectivity. Here’s what I’ve discovered.

keeping in touch with Friends

At first, this concern was my biggest deterrent to taking a social detox. I grew up on the opposite coast and spent the majority of my 20s living across the world in Tel Aviv. Profile-hopping was a simple way to check in on people I cared about without completely staying out of the loop.

Instead, I’ve been able to better focus on the quality, rather than quantity, of my relationships.

Intermittent catch-ups are more intimate than viewing posts and stories broadcast to the general public. And giving someone my undivided attention is more meaningful than any thumbs up, double-tap, or comment with heart-eyed emojis. I’ve been able to get so much more substance from these dedicated interactions, instead of mistakenly thinking that public exchanges really satiated my appetite for connection.

As for major life moments and stages you don’t want to miss? (Think birthdays, betrothals, and babies.) Ask for deets and photos privately, and you shall receive. Some friends, if they really love you, will even screenshot and send those memes you so dearly miss.

Initially, I was slightly concerned about falling prey to the pangs of FOMO. But in all honesty, JOMO is totally legit.

I feel lighter and brighter without wittily captioned and skillfully filtered images of celebs, influencers, and yes—even my friends—taking up valuable headspace.

Social media envy is a real issue for most, as a 2019 survey from Northeastern University demonstrates. Well over half of respondents reported feeling envious of both casual and close friends—significantly more so than with public figures and even exes—regularly via social media alone.

So it turns out that while “doing it for the ‘gram” might look good on your feed, it could potentially compromise your outlook on people you actually enjoy IRL. And who needs that? 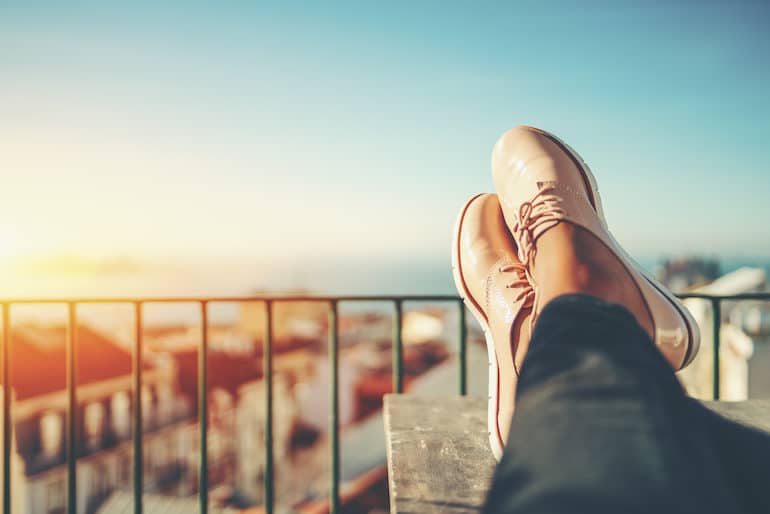 How to Quit Social Media (Or Simply Detox)

I understand that not everyone is interested in quitting social media for good, or even resonates with my perspective. But by speaking with friends, co-workers, and even strangers, I learned that most people are at least intrigued by the idea of a temporary social detox.

Would you like to be more present, use your time more wisely, boost productivity, or improve your mood and well-being? If so, consider adopting the following tips to reap the benefits of digitally disconnecting. It’s as simple as taking one step at a time.

For the Aspiring Digital Minimalist

For the Newbie Social Media Detoxer

For further inspiration, I highly recommend reading Digital Minimalism by Cal Newport, Silence in the Age of Noise by Erling Kagge, and Ten Arguments for Deleting Your Social Media Accounts Right Now by Jaron Lanier.

Should You Take A Prenatal DHA Supplement?