SHOP Take The Hum Quiz
Does blue light damage skin with constant exposure from phones and computers? Here’s what experts say. Plus: the basics behind blue light skincare. Sure, many of us could use an intervention when it comes to our digital habits. This fact rings especially in terms of protecting our eyes, sleep, and relationships. But when it comes to blue light from screens beaming onto our skin, are our complexions really in danger? To learn if blue light is bad for your skin, we spoke with Loretta Ciraldo, MD, FAAD, a Miami-based board-certified dermatologist and founder of Dr. Loretta skincare.

What is blue light?

Blue light, aka high energy visible (HEV) light, has the shortest wavelength of visible light at 380 to 500 nanometers. Dr. Loretta says the most common sources of blue light include: It’s also a component in both LED and fluorescent light sources.

Regarding the third source above, blue light therapy for acne is an increasingly popular skincare treatment. Dr. Loretta explains that it’s called blue light photodynamic therapy (PDT), which works well “since blue light kills the P. acnes bacteria associated with acne.” Personally, I use a blue LED light therapy mask every night to promote clear skin. And while I thought that this treatment uses “good” blue light, it turns out that it’s the same kind as that emitted from screens. “There’s only one blue light, but each has a different amount of blue light that it emits,” Dr. Loretta clarifies. So while blue light therapy is a recommended treatment for acne, its benefits are specific to its particular wavelength range. 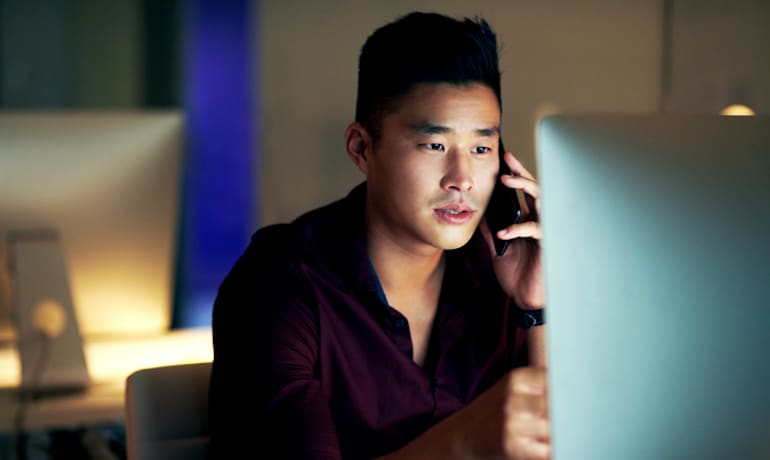 On the other hand, the potential for skin damage from other sources of blue light comes from: For instance, blue light from your TV is less threatening than that from your phone, with computers landing somewhere in between. Skin-clearing PDT therapy aside, other types of blue light and their effects on skin tell a different story. Here’s what existing research says about how blue light can damage your skin.

First, in a 2010 study often referenced by dermatologists, participants exposed their skin to either blue light or UVA in the same proportions as we get from the sun. Within a two-week period, Dr. Loretta explains, “blue light caused more redness, swelling, and hyperpigmentation than UVA—the wavelength we typically blame for these changes.” Despite the results, it’s worth noting that these kinds of skin damage were observed only in volunteers with skin types four through six on the Fitzpatrick scale. Simply put, these skin types are medium to dark and can tan easily. Conversely, volunteers with lighter, type two skin didn’t develop such changes in pigmentation. Based on these findings, Dr. Loretta says that blue light “seems to be more harmful in people with the ability to hyperpigment and people of color.” However, she warns that those who are sensitive to sun exposure should also protect themselves from blue light.

Another 2019 study measured skin cell damage from blue light versus cells kept in total darkness. Within the blue light group, researchers found an increase in: In the context of this study, Dr. Loretta explains that “when skin cells in culture are exposed to blue light, enzymes are activated that break down collagen. This means that blue light is associated with wrinkling, since wrinkles are the result of collagen breakdown.” Further, free radical damage contributes not only to other skin issues such as dullness and uneven skin tone, but also accelerated aging of your body. 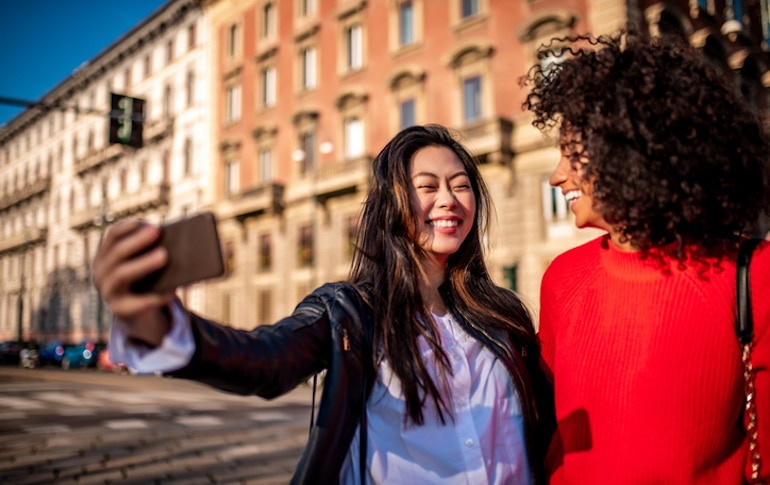 So does cell phone use directly lead to skin damage?

A 2018 review indicates that even short exposure to digital blue light can increase ROS production. Further, it cites reports showing that frequent exposure to selfie flashes may lead to accelerated skin aging and damage. That said, when it comes to skin damage particular to blue light from phone and computer use, more research is needed. Dr. Loretta says that there aren’t enough studies on digital devices in particular to know how much we can tolerate before exposure becomes hazardous.

What Ingredients Protect Against Blue Light?

According to an August 2020 article in Vogue Business, searches for blue light skincare grew by nearly 50 percent within a year. But do these products really work? As always, your best bet is to look beyond marketing claims. Read product labels to ensure that they pack ingredients that can help block or repair skin cell damage. When shopping for blue light skincare products, Dr. Loretta cites several ingredients worth using.

First, there’s iron oxide, which seems to be the gold standard for blue light protection. You can find it in certain mineral SPFs and makeup formulations. A 2019 study shows that it’s more protective and effective in preventing hyperpigmentation than zinc oxide and titanium oxide alone.

Second, Dr. Loretta says lab tests show that topical ashwagandha protects skin cells from the harmful effects of HEV blue light, including cell damage. (On top of that, both iron oxide and ashwagandha have antioxidant properties, the benefits of which you’ll see below.)

Lastly, Dr. Loretta recommends using Chromabright. As she explains, it “protects cells from damage when the full spectrum of solar radiation is applied to cells.” She includes this patented brightener in her Tightening Eye Gel alongside antioxidants to effectively fade dark circles.

Lastly, antioxidants are often star ingredients in blue light skincare products. They can not only help protect against the effects of blue light on your skin, but also: 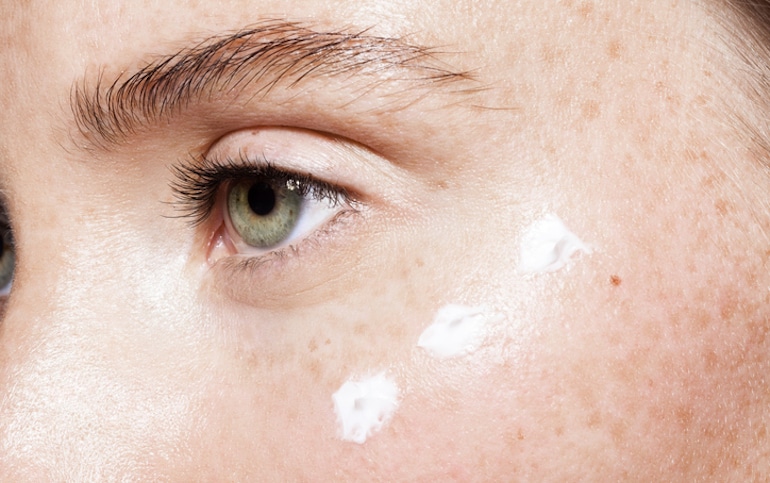 Unfortunately, from both the sun and your screens, blue light actually wields the ability to damage your skin. To protect your skin and for many other reasons, it’s smart to limit your daily screen time. That said, we know that it’s not always viable due to work obligations and personal matters. However, you can still take measures to adopt healthier habits and reduce skin damage from blue light. “It’s safest to protect yourself from blue light by wearing blue light filtering eyeglasses and [protective] skincare when you’ll be in front of the computer or in the sun for any extended period,” Dr. Loretta advises. Further, you can always lower your screen’s brightness, set your devices to night mode, or apply a blue light shield to your screens. Over the long run, your skin and selfies alike will thank you for the extra TLC. Here’s Why I Quit Social Media & What I’ve Learned An RD’s Guide to the Best Vitamins for Glowing Skin Does Makeup Age Your Skin? Derms Clue Us In