Rhodiola rosea is one of the shining stars of adaptogenic plants. But what is rhodiola rosea, exactly? And while we’re at it, what are adaptogens? Keep reading to find out and discover the vast and varied benefits of rhodiola rosea.

What is rhodiola rosea?

There are three different species of rhodiola, a perennial from the Crassulaceae family. However, we’re using the term to specifically refer to rhodiola rosea. This plant has thick, succulent-looking stalks and an explosion of gorgeous yellow flowers at the top. It’s been used for millennia in Russian and Scandinavian folk medicine. It’s also a staple in Asian, Tibetan, and other cultures’ healing traditions.

Rhodiola grows wild in numerous areas of the world, from the arctic mountains of Siberia to parts of Maine and Vermont. It’s also one of the more extensively studied medicinal plants out there. Since rhodiola famously flourishes in extreme environments, it’s no surprise that it helps humans excel under tough conditions. Simply put, this powerful plant proves time and time again that yes, it really does work. 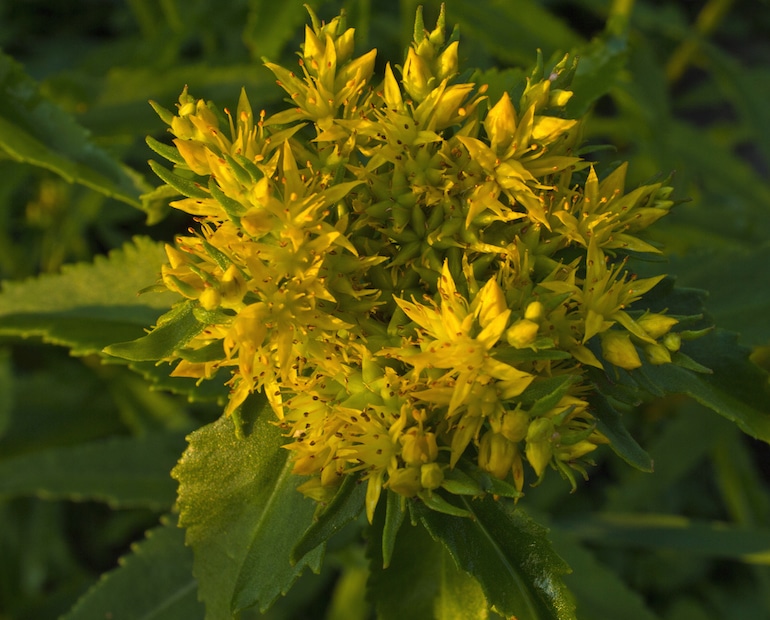 Rhodiola falls into a class of medicinal herbs called adaptogens. Adaptogens help the body adapt to stress, aid in regulating bodily processes, and improve the functioning of our systems. Since the term adaptogen gets thrown around right now like a toddler on a trampoline, it’s important to make clarifications. When we’re talking about a primary adaptogen, we’re referring to plants that interact with the hypothalamic-pituitary-adrenal (HPA) axis. When it comes to this central stress response system, rhodiola is the real deal.

One of the most common medicinal uses of rhodiola is stress reduction. Evidence supporting rhodiola as a master at combating stress is well-documented. Providing more than just momentary calm, rhodiola actually improves the body’s response to external stressors—be them pollution, an unrelenting environment (remember, this plant thrives in Siberia), or a marathon day at work.

The same mechanism that makes rhodiola an ally in our most stressful situations may also help to combat depression. By interacting with the HPA axis, rhodiola impacts the adrenal glands, which secrete cortisol (aka the stress hormone) in response to triggers. It specifically affects an enzyme called mono-amine oxidase A, which is closely associated with cortisol production. In sum, this relationship contributes to rhodiola’s uplifting effect.

There’s compelling evidence suggesting that rhodiola may be a natural remedy for people suffering from chronic or prolonged fatigue. Rhodiola’s effectiveness to allay fatigue symptoms are largely attributed to its adaptogenic effects on the brain and body. Additionally, rhodiola can improve mental focus and calm the body in high-stress situations. Since it lightens the load our minds and bodies carry, rhodiola has clear potential to help combat fatigue and burnout.

As if the aforementioned rhodiola rosea benefits weren’t enough, the plant also shows impressive antimicrobial potential. Specifically, it appears to be highly effective at fighting Staphylococcus epidermidis and Klebsiella pneumoniae. Living up to its expectations of a plant known for stress-reducing qualities, rhodiola gives us one less thing to worry about. 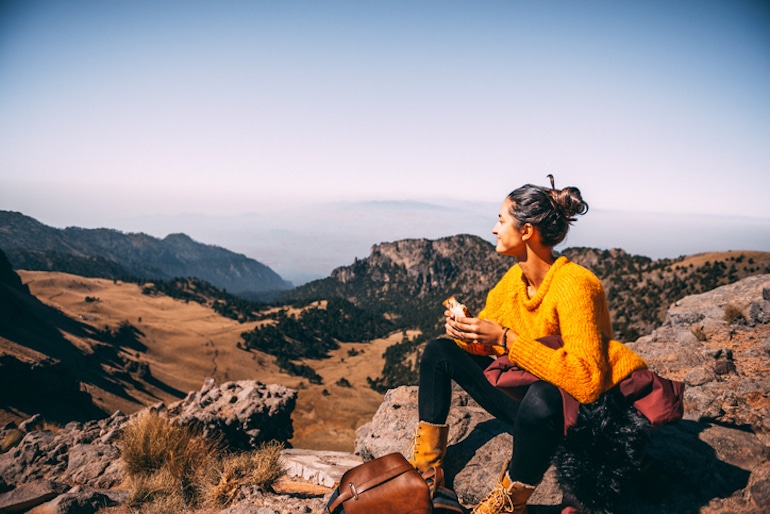 How to Take Rhodiola Rosea

You can take rhodiola in several ways. First, you can ingest it in tincture form 15 to 30 minutes before eating. The suggested dosage is five to 10 drops, two or three times a day. Next, you can also take it in powder form, adding it to smoothies or shakes. However, our preferred way of taking rhodiola is in capsule form. HUM recommends taking one 500 milligram capsule daily with food.

Note: When searching for the right rhodiola supplement for you, keep in mind that the plant contains over 140 active ingredients—the most potent of which are rosavin and salidroside. In addition to meeting the 500 milligram dosage, rhodiola supplements should be standardized to contain three percent rosavins and one percent salidrosides at minimum. Clinical studies show that these two phytochemicals—working in tandem at this ratio—reduce stress and are crucial to rhodiola’s efficacy. Be sure to double check your labels for this power duo!

If you’re taking rhodiola for stress, you may start to feel better pretty quickly. However, it generally takes about 30 to 40 days to get the full experience. Another tip: Cycling (i.e., taking breaks between regular dosage periods) your intake of rhodiola will help prevent resistance to it. Furthermore, it’s worth noting that long-term use of rhodiola hasn’t been studied. Due to this lack of evidence, we suggest you cap your rhodiola supplement intake by the three-month mark. From there, give your mind and body intermittent breaks lasting at least a week or two before starting again.

Possible Side Effects of Rhodiola Rosea

Supplementing with rhodiola is generally considered safe. However, you should be mindful of potential side effects, which include dizziness, excess saliva, and dry mouth.

Additionally, further consideration is necessary for those who have certain autoimmune disorders, since rhodiola stimulates the immune system and could theoretically have adverse effects. Since rhodiola can also lower blood sugar and blood pressure, those with diabetes or low blood pressure should take necessary precautions, especially if they’re already on medication for either condition.

Researchers haven’t investigated the plant thoroughly enough to declare it safe during pregnancy or breastfeeding. Thus, it’s best to skip rhodiola supplementation in either of these cases. As always, if you’re on any medications, check with a doctor before beginning herbal supplementation.

Of all the plants that lay at the altar of self-care, rhodiola rosea deserves a place of prominence.
When tough times strike, knowing that you can find relief in a trusted adaptogenic plant is a stress reliever in and of itself. Reach for rhodiola any time you need a gentle reminder to take a deep breath and keep going.

Lauren Tannenbaum is an herbalist in training, studying in Los Angeles, CA. In her free time you can find her writing songs, eating pickles out of the jar, and probably trying to make friends with your dog.