Are you constantly asking yourself “Why do my farts smell so bad?” First, know that it’s normal, and typically caused by the food you’re eating. An expert breaks down what causes smelly gas and how to get rid of it.

So you’ve passed some gas and it smells, er, funky. First off, there’s nothing to be embarrassed about. Everyone has gas, and it’s completely normal for your farts to smell. In fact, having gas is a byproduct of digestion and the air you swallow, hence why you pass gas several times a day.

But if you’re asking yourself, “Why do my farts smell so bad?” there’s a perfectly reasonable explanation. Turns out, the food you eat can affect the way your gas smells—causing that metallic or rotten egg odor you’re experiencing. Below, an expert breaks down everything you need to know about what causes smelly gas and how to get rid of it.

Gas is produced when the foods we eat are broken down and processed, but also by the good and bad bacteria we have in our colon and small intestine, explains Niket Sonpal, MD, a board-certified gastroenterologist. “In normal circumstances, everybody is going to produce a little bit of gas,” he says.

7 Detox Drinks to Help You Beat Bloat, Boost Immunity, and Support Your Liver

It’s mainly the bacteria in your large intestine that emit sulfur that gives the gas you pass a stinky smell, according to Cedars Sinai.

Eating something out of your norm or that’s heavy or spicy is a likely cause of smelly gas, but, if your gas smells really bad and is chronic, you’re probably wondering if it’s something more serious. Check out some of the possible reasons why your gas smells so bad, below.

If your smelly gas persists, it’s best to see your doctor to get a proper diagnosis, particularly if you’re experiencing other symptoms.

“If it’s accompanied by diarrhea or a lot of bloating, or if you’re starting to become anemic and there’s blood in the stool, these are all signs that something is wrong with the lining of the GI tract and the person needs to see somebody,” Dr. Sonpal says.

In the meantime, here are some possible reasons why your farts smell so bad.

Foods that contain sulfur double down on smelly gas because when they get broken down in the gut, they cause sulfur-containing gases, such as methanethiol, dimethyl sulfide, and hydrogen sulfide, according to this January 2021 UpToDate article.

Foods high in sulfur include:

“It is the sulfur compounds that cause gas to smell, and the formation of sulfur occurs by metabolism of food in the colon, principally by gut bacteria,” says Jacqueline Wolf, MD, a gastroenterologist Beth Israel Deaconess Medical Center, associate professor of medicine at Harvard Medical School, and author of A Woman’s Guide to a Healthy Stomach: Taking Control of Your Digestive Health.

But the different compounds in foods can cause different smells. For example, garlic can cause metallic-smelling gas and cruciferous vegetables can cause a rotten egg smell, Dr. Wolf says.

So if you’re asking yourself, “Why does my gas smell like metal?” it’s likely due to certain foods in your diet. “A Paleo diet that is high in meat is said to cause a metallic odor,” Dr. Wolf says. “Fatty meats contain large amounts of methionine, which contains sulfur and is broken down in the gut to hydrogen sulfide to cause a rotten egg smell.”

That said, the benefits of eating fiber-rich vegetables and fruits outweigh the foul-smelling gas they may cause, Dr. Sonpal says.

When food isn’t absorbed properly, it sits in your GI tract and decomposes, which causes foul-smelling gas, Dr. Sonpal says. Lactose intolerance — the inability to digest lactose, the sugar in milk and dairy — is one of the most common food intolerances that may cause smelly gas, according to Dr. Sonpal.

“The body loses the ability to break down lactose, so the milk sugars rot and give people very foul-smelling gas and diarrhea,” he explains.

In addition to foul-smelling gas, people with lactose intolerance may also experience diarrhea, nausea or vomiting, stomach cramps, and bloating, according to the Mayo Clinic.

If you’re lactose intolerant, some milk-based foods you may want to avoid or choose non-dairy alternatives or lower-lactose options for are yogurt, ice cream, and cheese. Other lactose-containing foods you want to be aware of are lunch meats, coffee creamers, and salad dressings. It’s also in some birth control pills, so make sure to read the ingredients labels of foods and supplements carefully, per the Cleveland Clinic.

Celiac disease is another reason you might have foul-smelling farts, Dr. Sonpal says. Celiac disease is an autoimmune disorder that damages your small intestine after eating foods that contain gluten, a type of protein naturally found in wheat, barley, and rye, per the National Institute of Diabetes and Kidney Diseases.

“People with celiac disease are unable to tolerate wheat (or anything with gluten, for that matter), so then that allergy to wheat causes an antibody to be produced. That antibody ends up attacking the lining of the GI tract and leads to malabsorption [of food], which causes it to rot and creates gas, diarrhea, and abdominal pain,” Dr. Sonpal says.

So if you experience foul-smelling gas after eating foods made of wheat, barley, rye, or any combination of those, then you want to check in with your doctor about getting tested for celiac disease.

Pasta, crackers, and baked goods are obvious sources of gluten, but you may also find it in seasonings for French fries and potato chips, and thickeners for sauces, marinades, and soups, according to the Celiac Disease Foundation

FODMAPs are short-chain carbohydrates (fermentable oligosaccharides, disaccharides, monosaccharides, and polyols) in foods that aren’t completely digested in our intestines, according to Monash University.

The smelly gas from high FODMAP foods is due to bacteria is the gut breaking down the undigested food, as well as the sulfur compounds in the foods, Dr. Wolf explains.

“Most of the odor is from sulfur compounds. However, odor can also come from short-chain fatty acids (metabolites from the fermentation of dietary fiber), skatoles (from the decomposition of tryptophan), indoles (a chemical found in vegetables), volatile amines, and ammonia. They all have a distinctive odor,” she says.

For people who have SIBO, this means that the balance of good and bad bacteria in your small intestine is off, and having an excess of bad bacteria can disrupt the digestive process and cause gastrointestinal distress, such as gas, bloating nausea, and diarrhea, according to the Cleveland Clinic.

“A number of things can cause SIBO, including developing gastroenteritis (stomach virus) and taking antibiotics,” Dr. Sonpal says.

Foods high in FODMAPs include:

If you have IBS or SIBO, following a low FODMAP diet may help you find some relief from your symptoms, but Dr. Wolf recommends working with a registered dietitian, who specializes in the diet and treats patients with IBS.

Metallic-smelling gas might also come from B vitamins, iron, dyes, and preservatives in supplements, as well as NSAIDs, laxatives, and statins, Dr. Wolf says.

“Women sometimes take fluconazole (a medication to treat yeast infections), which throws off the balance and destroys all the good yeast, so you have to look at that possibility as well as to why you have foul-smelling gas,” Dr. Sonpal says. “Moreover, a lot of medications are encased with sorbitol — a sugar alcohol that can cause GI distress.”

JOIN
Weekly reads to help you level-up your skincare, wellness, digestion, nutrition, and more.
By signing up to receive our weekly newsletter, The Wellnest, you agree to our privacy policy.

How to Stop Smelly Gas

Treatment for smelly gas will depend on the underlying issue you have, so that’s why it’s important to see a doctor if you notice that your farts are chronically foul and you’re producing a lot of it.

So if your doctor determines that you have lactose intolerance or celiac disease, for instance, you would eliminate lactose and gluten from your diet, and that should help relieve your symptoms, Dr. Sonpal says.

“If you have IBS or SIBO, you may supplement your foods with probiotics, like yogurt, sauerkraut, and kombucha, and prebiotics (fiber that feeds probiotics),” Dr. Sonpal says. Looking for a probiotic supplement to add to your routine instead? Try HUM Nutrition’s Gut Instinct, made of a vegan blend of 10 strains to support a balanced gut microbiome and healthy digestion.

Consulting a registered dietitian, who specializes in IBS and SIBO, may also help you figure out a meal plan that will identify which foods may trigger your symptoms.

“Remember, foul-smelling gas once in a while is OK, but it’s chronic, we have to get to the bottom of why it’s happening,” Dr. Sonpal says.

Mentioned in this article 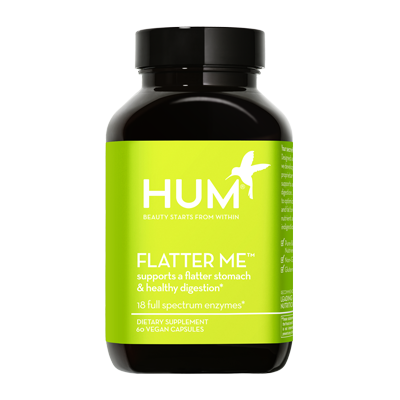 10 Reasons You Feel Bad After Eating, And How to Stop It What Is Ayurveda? An Expert Breaks Down Everything to Know About This Ancient Health Practice