Take a 10-second scroll through Instagram, and you’ll find a flood of influencers peddling discount codes for fit teas, unsolicited advice on how to drop weight fast, and other quick fixes for living their “best lives.” But just because “experts” are freely sharing this “life-changing” information, it doesn’t mean it’s actually healthy for you. Here to advise is Jordan Metzl, MD.

At a recent wellness retreat, Dr. Metzl addressed this phenomenon of mass misinformation. “The closer the worlds of medicine and fitness can come together, the better for everybody,” shared the NYC doctor. Here are his key insights into how we can live healthier lives—minus the BS.

Wellness is a $4.2 Trillion Industry

According to the Global Wellness Institute’s annual report, $4.2 trillion was spent in the wellness (read: not medicine) industry in 2017. We can only imagine that the number has grown exponentially in the past two years. “To put that sum in perspective, the US government is spending about $3 trillion each year on healthcare and a humble $59 billion on education” Dr. Metzl noted. That’s not to say you shouldn’t spend on wellness, of course—just that it’s important to recognize that with increased interest also comes an influx of opportunists. For that reason, it’s important to do your own research and spend your hard-earned dollars with experts and businesses that provide credible goods and services.

Your Lifestyle is More Important Than Your Genes

“Part of the big health problem is that we treat diseases like diabetes, heart attacks, and arthritis after they happen,” the doctor emphasized. According to recent CDC reports, more than a quarter of the population suffer from obesity and diabetes. However, both are preventable. “About 20 percent of your health is your genetic makeup,” Dr. Metzl says. “Another 20 percent is interacting with people like me,” aka seeing a physician. The remaining 60 percent is our lifestyle, meaning lifestyle habits account for more than genes and medical consults combined. Unfortunately, many medical practitioners aren’t well-versed in prescribing lifestyle changes. “We don’t teach doctors how to prescribe nutrition, or how to think about sleep, mood, stress, or fitness—but we should,” Dr. Metzl advised. 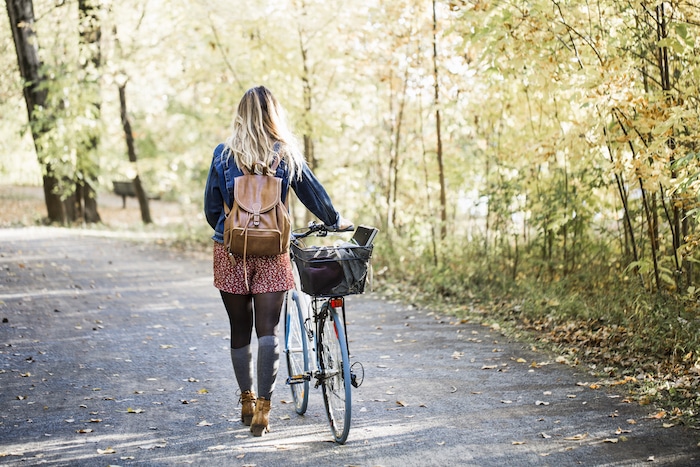 While we’re starting to understand the simple concepts that actually contribute to our well-being, we still have a lot to learn. But researchers are moving in the right direction. “Take Lake Nona as a prime example,” Dr. Metzl shares. At Lake Nona, the residents live at a slightly discounted rate so they can be studied by the University of Florida. Researchers take note of their movements, what they eat, and even everybody they socialize with. Although it sounds a bit like The Truman Show, it’s a fascinating new approach to lifestyle science. “All the studies we have are retrospective, while this one will be the first prospective, meaning looking ahead,” Dr. Metzl explained.

The Recipe for Wellness is Actually Pretty Simple

Dr. Metzl recommends abiding by the four pillars of wellness: body, mind, nutrition, and also community. “Community is one of the most unsung areas of wellness,” he shared. But how did it officially make the cut?

These four pillars are borrowed from the blue zones, areas in which people routinely live past the age of 100. Ranging from Japan to Greece to Costa Rica, it’s not that these distant communities abide by the same stringent set of rules, but rather embody a similar broad and balanced approach to health. “They don’t have a specific diet type,” Dr. Metzl explains. “They eat a little bit of everything. They don’t do SoulCycle. [But] they’re moderately active and they’re part of a community,” Dr. Metzl explained. Research further backs up the importance of community to our health. Healthy relationships can actually help us cope with stress and are even associated with improved endocrine and cardiovascular health.

Here Are Your Mighty May 2021 Wellness Horoscopes

What Is Natural Wine and Is It Worth Trying?

Does Hypnosis Work for Weight Loss? Here’s an…