A new study reveals exactly how much our brains struggle the day after drinking.

As it turns out, hangover science is some tricky stuff. While some studies have quantified exactly what happens the day after heavily imbibing, many have come back with mixed results. Luckily, psychologists at the University of Bath have gone through all the scientific literature with a fine-toothed comb, reporting back with some definitive answers. 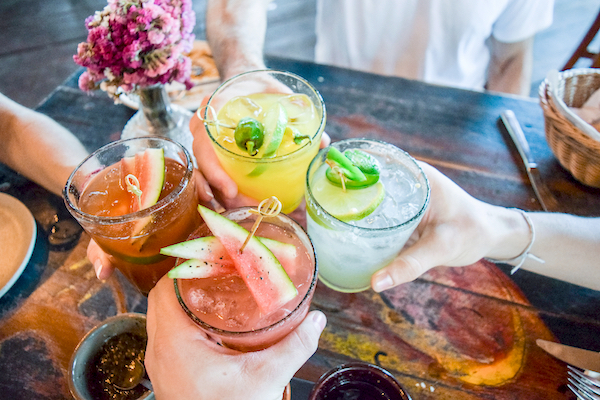 The Challenges In Hangover Research Until Now

First, there’s been some disagreement in the scientific community about what a hangover actually is. Most of us are familiar with the feeling. However, quantifying it for the purpose of a study is a greater challenge. In the past, some studies merely look at those who are experiencing certain hangover symptoms. Others qualify those with a certain blood-alcohol concentration.

Then there’s the actual process of inducing a hangover for the sake of science. Studies can go one of two routes here. First, they can “administer” the alcohol themselves for more quantifiable results. Second, they can allow the participants to consume alcohol on their own time. As the new report notes, the former approach can bring up a few “practical and ethical issues.” On the other hand, the latter can’t account for external late-night variables such as food trucks or the amount of sleep they get.

To get some answers once and for all, the psychologists at the University of Bath looked at a pool of 770 hangover studies. They then narrowed it down to 19 that met their standards. They then analyzed all the results to determine what findings rang true overall.

Thanks to the new study analysis from psychologists, we now know for sure that a hangover has a significant effect on the following areas.

In the cross-examination of several studies, it became apparent that both short-term and long-term memory were affected the day after heavy drinking. Specifically, memory formation (rather than retrieval) appears to be impaired. That means it’s not just the night before that will be a little fuzzy. In a hangover state, you’re actually less likely to retain and file away important details. It’s not exactly ideal for important meetings at work.

Also known as your ability to concentrate on a task. The various study results suggest that hangover-induced fatigue may be to blame. “Fatigue is a common symptom of hangovers and involves reward-cost trade-offs,” the study reads. So maybe you’re able to stay hyper-focused on getting that breakfast burrito in your system (high reward), but less focused on making it through that yoga class you booked two days ago.

Nope, this isn’t the name of a heavy metal band (but it should be!). Psychomotor speed refers to your brain’s ability to detect and react to outside stimuli. While there had been conflicting results in individual studies, this analysis found there was an overall impairment in your brain’s reaction time. As you can imagine, this one’s a huge deal for safe driving. In fact, a few of these studies in the analysis assessed driving specifically and reported a decreased ability to control a vehicle. To be safe, we say go on and treat yourself to a Lyft the day after drinking so you can focus on hydrating.

Combine all these impairments and, frankly, we wouldn’t recommend getting behind the wheel—or even your work laptop—in such a state. Instead, we say pop two of HUM’s Wing Man capsules, detoxify your liver, and call us in the morning.

‘I’m An Herbalist, And This Is How to Take Your…

The Scientific Reason You Should Be Screaming for…