SHOP Take The Hum Quiz
In case you haven’t heard the story everybody seems to be talking about, apparently drinking champagne can help prevent dementia. The idea to drink yourself healthy is compelling, but is it too good to be true? Here’s our take on this week’s biggest nutritional news story. Let me start off by saying that this study really caught my attention. I enjoy good wines and champagnes, but not because of fear of memory loss. However, having witnessed my grandmother’s struggle with dementia, it’s definitely a subject close to my heart. So what are the hard facts behind the story to which these news channels are toasting? 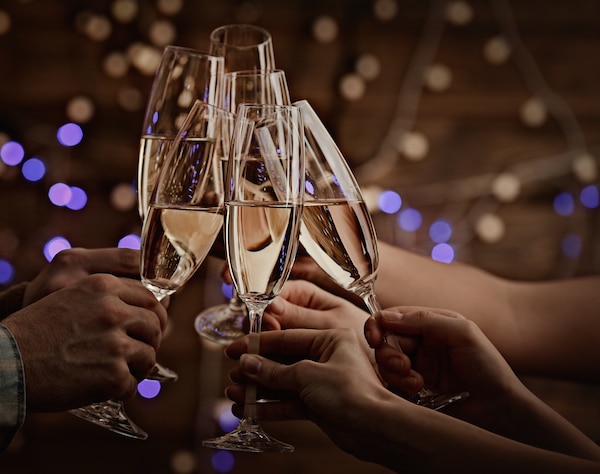 The first thing to notice is that this study already made headlines back in 2013, but now with the festive season approaching, it got a second life via social media and a pickup by mainstream media thereafter. The study was published by researchers at the University of Reading. We don’t know who sponsored the study, but a sponsorship from the champagne industry as a potential bias seems unlikely since the study was peer reviewed. (This means that the research was scrutinized by scientists within the same field not associated with the study, thus bolstering credibility.) The actual study looked at the possible effects of phenolic acids on memory in rats. A phenolic acid is a type of plant-based chemical called a polyphenol. Phenolic acids are easily absorbed through the walls of your intestinal tract, and they may be beneficial to your health because they work as antioxidants that prevent cellular damage due to free-radical oxidation reactions. Back to the study: 24 rats were divided into three groups of eight. Group one was given a daily dose of champagne, group two a non-champagne alcoholic drink (call it a Rattini) and group three a non-alcoholic drink, all over a six-week period. To assess the rats’ memories, they were put in a maze filled with eight hidden treats. The rats were assessed on their ability to find treats, and a numeric value was given with eight being a perfect score. This was done before the six-week period of daily consumption began, and after the six weeks were completed (not during). The bottom line? Rats that ingested daily champagne were better at remembering where treats were hidden when compared to the other groups. Rats that had champagne found on average five out of eight hidden treats, while the other rats found on average four out of eight hidden treats.

So should we believe the hype?

Though it appears the experiment was designed soundly, it nevertheless needs further studies to show a correlation between memory performance in humans and the consumption of champagne. In addition, 24 rats aren’t a large group of test subjects. Nevertheless, they have statistical significance. This study also appears to measure spatial memory rather than cognitive decline (a closer measure of dementia), which is why it’s always important to look at a study more closely before changing your habits based on headlines. We should also keep in mind that the study would need to be repeated on humans to show greater weight, but may well point us into the right scientific direction. In the meantime, drink in moderation, and also check out our study on weight loss. Teaser: Red wine consumption actually has a positive effect on waist size. P.S. If the study is ever replicated on humans, I’m happy to volunteer! Can Female Friendships Improve Your Health?