Yoga curious but don’t know where to start? Or maybe you’ve been hitting up the same old style for a while and want to switch things up. Here’s a refresher on nine totally different types of yoga and what they each can offer you. 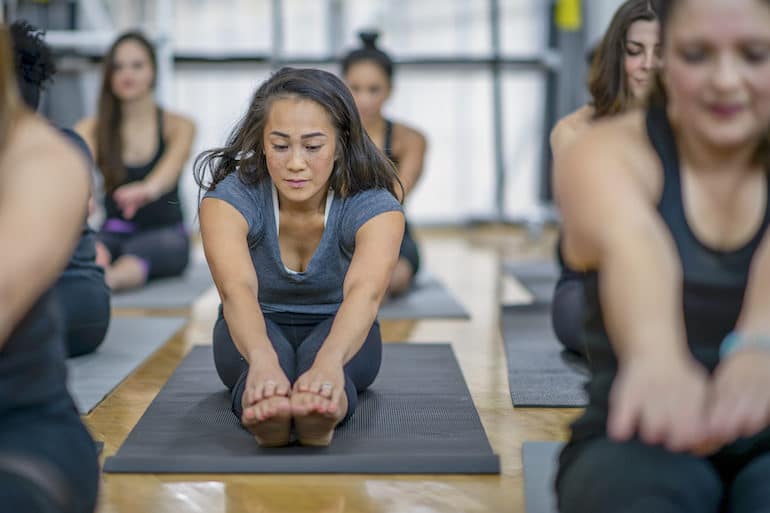 This is the most common type of yoga class you will encounter. Vinyasa is a spin-off from the Ashtanga tradition – but more on that later. Here, classes move from pose to pose in a fluid sequence synchronized with the breath. (Think sun salutations.) Besides that general outline, there’s a lot of room for interpretation. Teachers may build their vinyasa yoga class with a special theme in mind, or work towards a challenging peak pose. Many studios offer hour-long classes, but they can range up to 90 minutes.

You can expect to work up a sweat in most vinyasa classes – although how much will depend on the level, and often, how crowded the class is. Although it’s more quickly paced than other types of yoga, it won’t exactly replace your cardio routine. (Studies show people burn fewer calories in an hour-long yoga class than they do walking for the same amount of time.) Still, vinyasa classes offer a little bit of everything with poses to stretch, strengthen, and even restore the body.

A well-rounded yoga class that’s different every time you go.

Bikram yoga classes move through a set sequence of 26 poses in a room that is heated to 105 degrees with 40% humidity. Classes are also always 90 minutes long. To withstand the heat, you’ll want to wear yoga shorts and a sports bra instead of long layers. Bikram classes are consistent down to the type of flooring and even the exact wording teachers use. No music is played and they prefer you don’t leave the room during class.

Although it sounds a bit torturous in its design, it remains a cult favorite in the yoga canon for a reason. With so much sweating, weight loss is expected with consistent practice. Researchers report that Bikram yoga shows positive improvements in metabolic markers.  Also, the challenging external environment is a good opportunity to build mental resilience within. Just be sure you aren’t so resilient you give yourself heat stroke. One report says students can easily reach core temperatures of up to 103 degrees in Bikram yoga. This is concerning as the risk of heat-related illness increases at a core temperature of 104 degrees.

A challenging workout with the comfort of knowing exactly what to expect.

If you’re interested in experiencing some of the benefits of Bikram yoga without quite so much rigidity, hot yoga is a fantastic option. Like vinyasa, the exact conditions will vary from studio to studio – or even class to class. It’s a good idea to research studios and class descriptions ahead of time if you’re looking for a specific level. Room temperatures can range from 80-100 degrees. Some studios add humidity while others opt for more dry-feeling infrared heat. Unlike in Bikram yoga, teachers are free to sequence their own classes and play music of their choosing.

Although it’s less strict than Bikram, you can still expect to sweat buckets in a standard hot yoga class. Again, regular practice can contribute to weight loss while building toned muscles. Bring a yoga towel to prevent slipping on your mat and don’t overdo it! While the added heat can help muscles relax into poses with more ease, it can also trick you into overstretching. It’s also not recommended for pregnant women.

Getting your sweat on – but on your own terms. 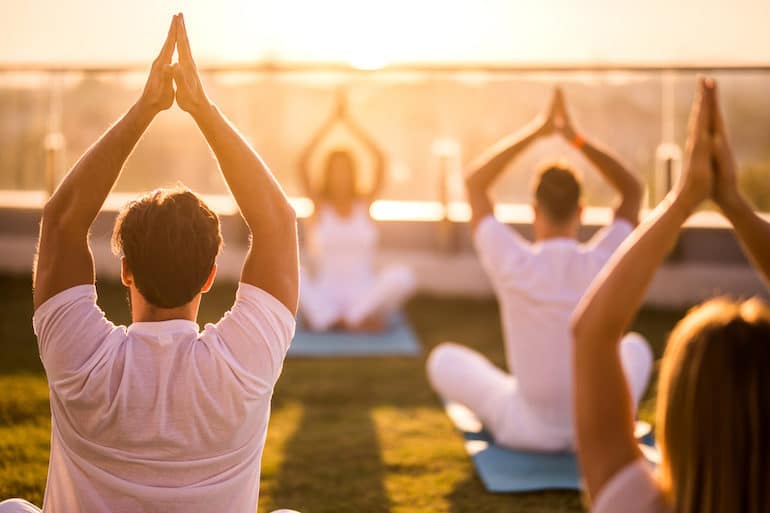 If you’re into a more spiritually focused practice, kundalini yoga might be for you. The goal of kundalini yoga is to awaken an energetic coil said to rest at the base of your spine and rise up through the six chakras. The founder of kundalini yoga, Yogi Bhajan, instructed his students to wear all white as a form of color therapy and to encourage aura expansion. Kundalini classes will incorporate chanting mantras, cleansing breathwork, and meditation.

A UCLA study on kundalini yoga reported both short and long-term improvements in cognitive function, depressed mood, and resilience after 12 weeks of practice. Though we can’t find evidence of many physical dangers in kundalini yoga, some bloggers warn that a kundalini awakening can be unwieldy and overwhelming if you’re not prepared for it.

Iyengar yoga is laser-focused on proper alignment. While other yoga teachers need only complete a 200-hour course to start teaching, Iyengar teachers have to study for a minimum of three years, take a 500-hour course, complete an apprenticeship, and then pass further tests and evaluations. That means every Iyengar class is basically taught by someone with a Ph.D. in yoga. You can expect to use a lot of props in class including your standard blocks, blankets, and straps – but also bolsters, chairs, and sandbags.

This highly informed practice makes it a fantastic option for anyone recovering from (or prone to) injuries. It’s a slower pace than other types of yoga, which can be excellent for beginners who want to learn proper alignment before venturing into more quickly paced vinyasa classes.

A super safe practice guided by people who really know their stuff.

In Ashtanga yoga, you practice a specific series of poses. There are six series in total to work through but you only move on to the next when you have mastered every pose in the series before. The primary series includes both familiar poses (such as both variations of sun salutations) as well as more challenging poses including lotus and headstand. Using an ujjayi breath (you know, the one that sounds like Darth Vader) is encouraged to focus the mind and trigger the parasympathetic nervous system to help deepen postures.

This is a more rigorous practice so be ready to work. The creator of Ashtanga yoga, Pattabhi Jois, recommended practicing six days a week to truly reap the benefits, so it draws a dedicated crowd. Still, the discipline required to progress into a new series doesn’t mean you should rush it. Pushing yourself too hard can lead to injury.

A vested yogi looking for a disciplined practice they can progress through over time. 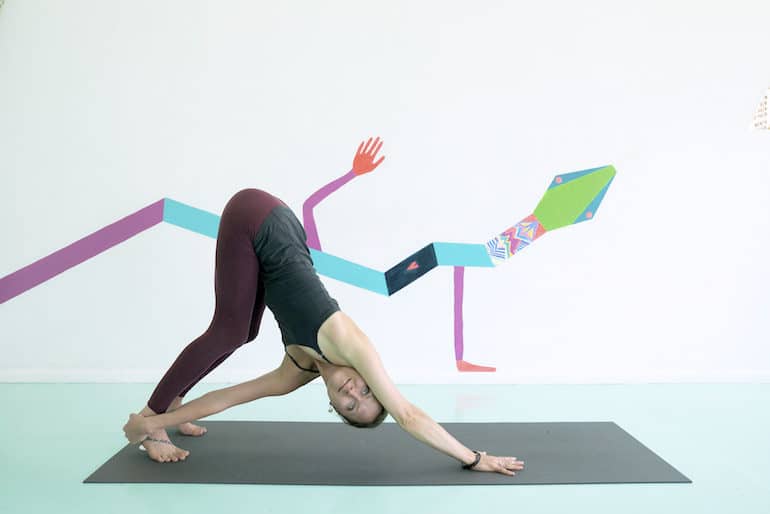 This up and comer is a treat, but one you might not have heard of yet. Started by Nevine Michaan in Katonah, New York, Katonah yoga incorporates Taoist theory with metaphor to reframe the body and mind. It’s gained popularity in recent years with cult favorite Katonah inspired studios such as Sky Ting in Manhattan and Love Yoga in Los Angeles. Props are heavily encouraged to create archetypal shapes and angles within the body. Teachers use both physical adjustments and verbal metaphors to plug your mind and body into a more functional space. Finally, breathwork is coordinated with movement in the pelvis to stir up an energetic current in the body.

If you’re looking for a super sweaty yoga practice to build abs of steel, this may not be for you. Instead, the goal of Katonah yoga is longevity, and to create ease in the body and mind. Poses are done in a way that encourages such. You’ll definitely move and may even work up a sweat, but a steady form is valued overexerting muscle.

Inspiring the mind and feeling more buoyant and uplifted in the body.

Also known as heaven on a yoga mat! Props help support your body in passive poses which you hold for several minutes instead of only a few breaths. Because of the long holds (and often smaller class size), teachers are able to personally adjust each pose to ensure maximum benefits. If you’ve ever wished the entire yoga class was savasana, restorative yoga is for you.

If you have trouble sitting still, restorative yoga classes can be a challenge – but a worthy one! The slow pace activates your parasympathetic nervous system. This means it helps slow down your heart and even help relax your digestive tract. Unconvinced? In one study at UCSD researchers found that women who practiced restorative yoga as part of their weight loss program lost almost twice as much weight as those who didn’t.

Okay, so we’re just including this one for fun. It’s not exactly canon in the yoga tradition but goat yoga continues to be a trending phenomenon in yoga studios across the country. This one is pretty much exactly what it sounds like. A yoga class… but with goats. Trainers lead the goats to hop on students’ backs in poses like down dog or table for a little extra resistance, but mostly a whole lot of laughter. If you’re intrigued, you can read our full review of goat yoga.

You’ll probably capture a pretty priceless moment for the gram and have a great time doing it. But watch out! Goats aren’t exactly housebroken…

Not taking yourself too seriously. 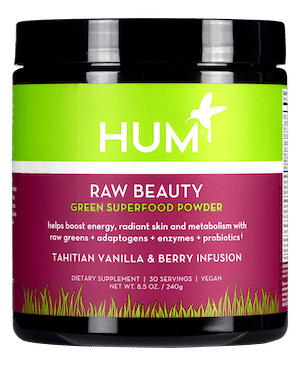