Separate fact from fiction when it comes to myths about intermittent fasting.

Unfortunately, there’s lots of misinformation out there. You’ve probably heard things like: Fasting slows your metabolism… you shouldn’t drink water on a fast… or, fasting shrivels up your muscles.

These fasting myths, however, aren’t based in science. Instead, they’re based on rumor, conjecture, and a misplaced reliance on conventional wisdom. 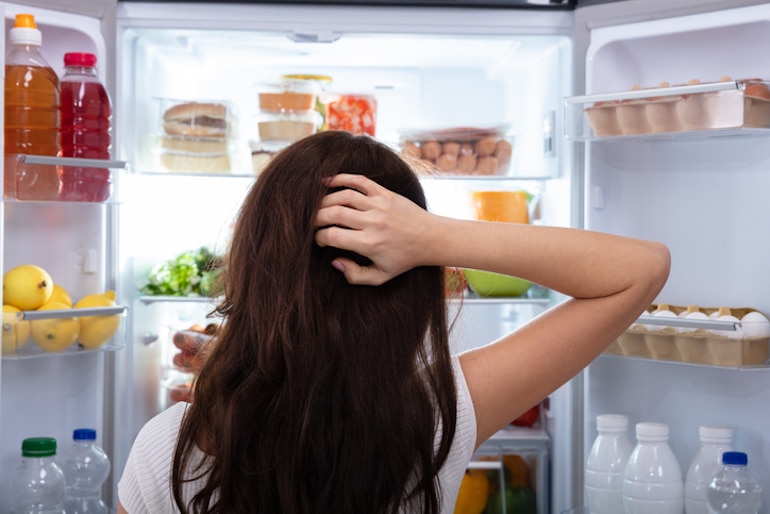 What Is Intermittent Fasting?

Intermittent fasting is the simple practice of taking regular breaks from food. These breaks can range from 12 hours to about 36 hours, depending on the protocol you follow.

The overnight fast, also called 12/12, is the simplest form of intermittent fasting. Other popular fasting protocols include:

Most people practice intermittent fasting to lose weight, but other benefits include improved gut health, promotion of longevity, and enhanced cognitive function.

What’s driving these benefits? Well, when you fast, it tells your body to stop burning sugar and start burning fat. This unique metabolic state is called ketosis, and it’s why the keto diet is so beneficial.

Simply put, both fasting and keto spur your metabolism to burn more fat. Then you start losing body fat, producing ketones, and cruising through the day with smooth and steady energy. Not bad! 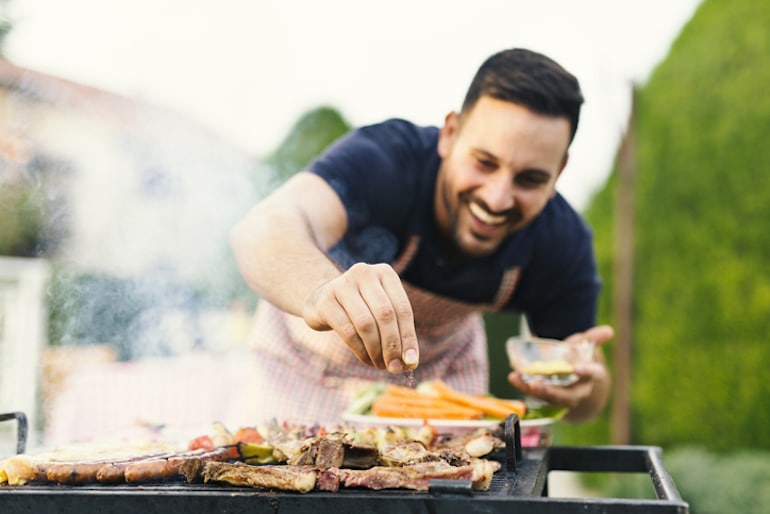 Now that you’ve learned what intermittent fasting is, it’s time to learn what it isn’t. Let’s bust some fasting myths, shall we?

Some people worry that fasting lowers your resting metabolic rate (in other words, that fasting makes you burn fewer calories at rest). The concern is that when you start eating normally again, you’ll pile on weight like a three-toed sloth.

This is what happens on calorie-restriction diets, which involve eating 50 to 85 percent of the food your body requires on a long-term daily basis. Your metabolism adapts to the lower energy intake, and it can stay that way for years.

If you’ve ever watched The Biggest Loser, you’ve seen calorie restriction in action. The contestants lose weight, but they almost always gain it back. Inconveniently for viewers, they never mention that part on the show.

Does the same happen with intermittent fasting? It appears not. In a 2005 study published in the American Journal of Clinical Nutrition, non-obese people who practiced alternate-day fasting maintained a normal metabolic rate for the majority of three weeks—all while burning more fat.

Some religious fasts, like Ramadan fasting, involve both food and water restriction. Perhaps unrelated, a number of claims have surfaced that no-water fasts are optimal for health.

Unfortunately, since fasting has a diuretic effect, restricting water can lead to dangerous dehydration. That’s why physicians pay close attention to fluid intake when supervising patients undergoing therapeutic fasts. Physicians also pay close attention to electrolytes like sodium and potassium, both of which are energetically peed out during fasting.

The takeaway? Drink water during a fast, and consider supplementing with potassium and sodium for fasts longer than 13 or 14 hours. 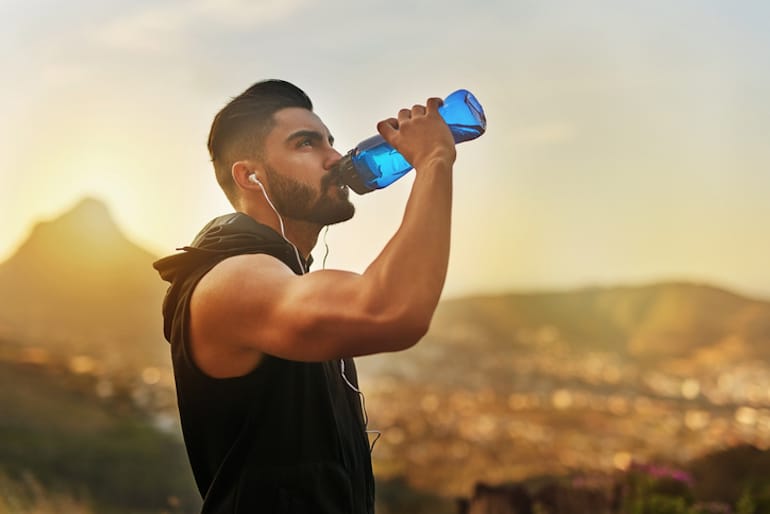 Fasting doesn’t seem like the best way to build muscle. After all, don’t you need to pound protein shakes?

Well, you do need protein, but you don’t need it 24/7. In one 2019 study, for instance, active women practicing 16/8 fasting gained just as much muscle and strength as women eating on a more conventional schedule.

Here’s the thing. Your body works hard to preserve muscle in times of scarcity. When you fast, you turn to body fat (not muscle) for energy needs.

Think about it this way: If humans burned through muscle during a fast, our ancestors would have been too weak to hunt!

After a fast, you’ll be hungry. This hunger, many assume, will drive subsequent overeating.

The evidence, however, doesn’t support this concern. Most fasting studies allow participants to eat as much as they like—a practice called ad libitum feeding. They eat their fill, and they still lose weight.

Intermittent fasting is popular right now. In some cases, it’s being marketed as beneficial for all people, all the time.

But while fasting is safe and healthy for most people, certain groups should steer clear. These groups include:

The above groups need to eat more food, not less. The risk of nutrient deficiency outweighs any potential fasting benefits.

Those who have high blood sugar should also proceed with caution. While fasting can be therapeutic for this population, medical supervision is essential to prevent dangerously low blood sugar (hypoglycemia) from occurring.

Food is fuel. Without it, won’t your energy levels plummet?

Eventually, yes. But when you fast intermittently, your cells tap into an alternate energy source: body fat. And there’s lots of that to go around.

That’s right. Even a lean person (e.g., 150 pounds with 10 percent body fat) has impressive fat stores to support energy needs while fasting. If you do the math, 15 pounds of fat translates to over 60,000 calories of energy!

In fact, many people report better energy when they exercise in a fasted state. It makes sense, considering that blood is diverted away from muscles—and towards digestive organs—after a large meal. 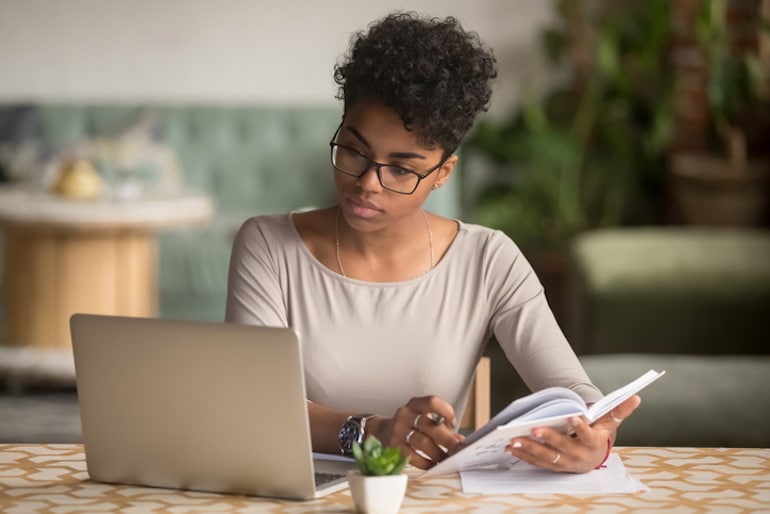 Myth #7: You can’t focus while fasting

Think back to the last time you were ravenously hungry. It probably wasn’t your most zen moment.

But if you adopt a regular practice of intermittent fasting, you shouldn’t experience this “hangry” state. When your cells adapt to using body fat for energy, your hunger hormones stabilize.

It’s amazing what you can do for your body, brain, and health with this simple and flexible eating method.

Once you get past misinformed intermittent fasting myths, you’ll realize that many people end up accomplishing more while fasting.

Brian Stanton is the author of Keto Intermittent Fasting, a certified health coach, and a health writer with over 150 articles in publications like Observer and Paleo Magazine. He's also the founder of Ending IBS, a website devoted to helping people overcome chronic gut issues.