SHOP Take The Hum Quiz
A registered dietitian weighs in and ranks the options.

How Healthy Is Kombucha?

Kombucha is a great way to get an additional boost of probiotics (aka the good gut microbes in your body). However, it really depends on the brand you choose for the best benefits. Some commercially available kombuchas are loaded with sugar. It’s tricky because sugar is an important part of making kombucha. The bacteria feed off sugar and convert it into vinegar, which supports the health of probiotics in the gut and can help slow down the rate at which carbohydrates are broken down in the body. But if there’s too much sugar in the fermentation process, not all of it will be converted and it’ll be left in your kombucha. Then again, over-fermented kombucha can also lead to negative side effects.

I think it’s important to drink kombucha once in a while and not make it a daily habit. In some cases, if you’re experiencing digestive discomfort, the carbonation from kombucha can exacerbate bloating. I like to drink kombucha if I’m craving something sweet or if I’m at a social event and don’t want to have a cocktail.

A little bit about my process: I start by purchasing every kind of kombucha available at Whole Foods. To try and make things even, I stick to all lemon flavors whenever possible. Then, to decide which kombucha reigns supreme, I look at the sugar content, the list of bacterial strains included, and all other listed ingredients.

This one comes in first for the very low sugar content: only three grams of sugar per serving (or 4.5 grams per bottle), which is much lower than the others. It uses white tea as its base, which is lower in polyphenols, so there are benefits there. But you also get L-lysine, raw lemon juice, and vitamin C, which can help boost immunity. Their website also says that they source certified organic, fair-trade, non-GMO ingredients. I approve! 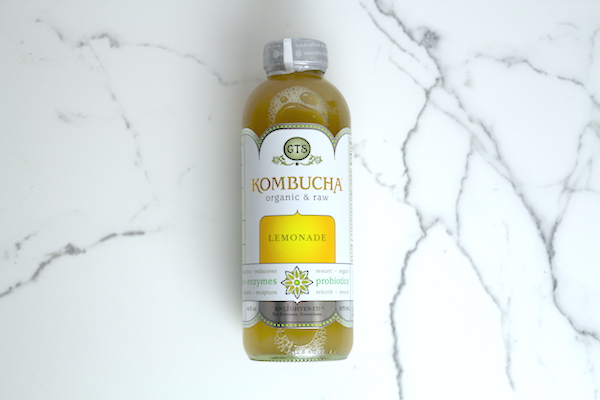 This one uses a mixture of spore-forming and non-spore-forming probiotic cultures. The bottle conveniently includes this fact, so points there! Spore-forming probiotics are more shelf-stable to ensure the good bacteria make it alive to your gut to do their thing. It uses black and green tea as the base, both of which are high in polyphenols. I also like that they use real lemon juice for flavoring and kiwi juice as a sweetener. That said, it has six grams of sugar per serving (or 12 grams of sugar per bottle), which is more than some of the others. 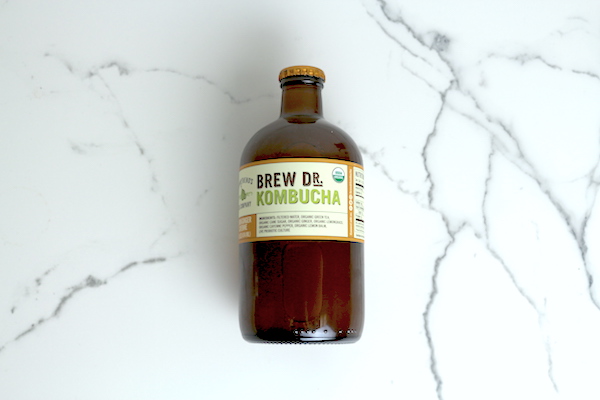 This organic kombucha is fermented in green tea, which is high in polyphenols. Polyphenols are good because they can help reduce inflammation in the body. The recipe also includes cayenne pepper and ginger, both of which are powerful antioxidants. The bottle doesn’t list the specific strains of probiotics, so it’s hard to tell what the probiotic benefits are. As for sugar content, it contains five grams of sugar per serving (or 10 grams in the bottle). 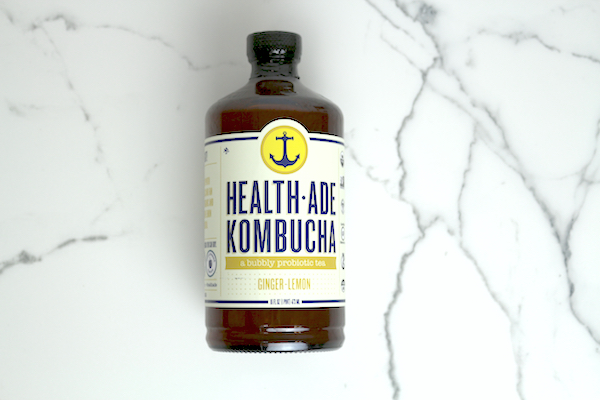 Fun fact: A dietitian developed this brand! Health-Ade is also a favorite in the HUM office. Nutritionally speaking, this recipe is fermented with black and green tea—again, both rich in polyphenols. The combination of lemon and ginger is excellent for gut health and immunity, and I love that they include real cold-pressed juices of both ingredients as opposed to an extract or flavoring. Each serving contains seven grams of sugar (or a total of 14 grams of sugar per bottle). 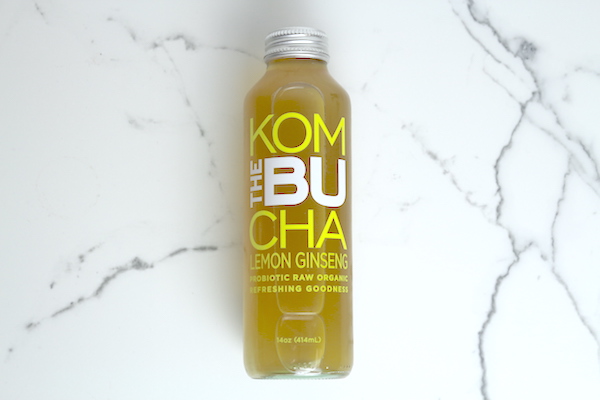 This one uses green and guayusa teas, the latter of which is known for its stimulating effects. Organic ginseng is great for memory and brain health, and they actually list the amounts of live strains at the time of bottling, which is really helpful. From that, we can see they include bacillus coagulans, which is a spore-forming probiotic that has a much slower die-off rate for more benefits. Still, I ranked this one a little lower for including agave along with cane sugar. Agave is higher in fructose, which the liver processes. It isn’t necessarily bad on its own, but if you already have a diet high in sugar, it can tax the liver. Each serving contains five grams of sugar (or 10 grams per bottle). Lastly, this one contains lemon flavor, which shouldn’t be confused with actual lemon juice. 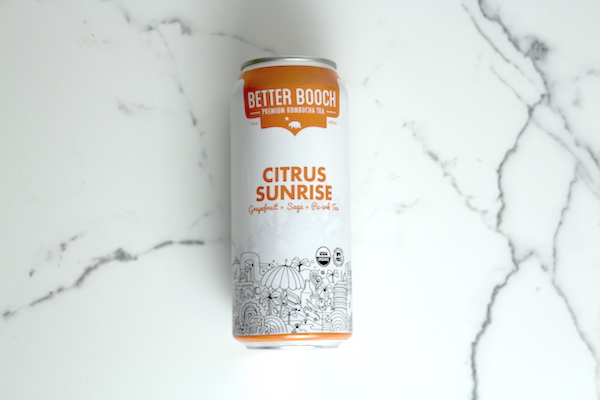 They didn’t have a lemon flavor available, so we had to make do with a comparison to the next-closest flavor profile: grapefruit, sage, and pu-erh tea. Pu-ehr tea is interesting since the tea itself is fermented. Making kombucha with pu-ehr tea adds a second level of fermentation, so it’s possible there’s a greater diversity of good bacteria. That said, without the specific strains listed, it’s hard to tell. Also, I prefer a glass bottle to metal cans, as metal cans sometimes contain BPAs that may disrupt hormonal health. It’s a bit lower in sugar with only five grams per serving (or 10 grams per bottle).

I like that Kevita is organic! It also contains two different varieties of spore-forming probiotics that are good for your gut. But at eight grams of sugar per serving (or 16 grams per bottle), it’s the highest in sugar in our batch. It also lists natural flavors in the ingredients. For now, there are no regulations on natural flavors, so its hard to know what those actually are. They also list cane sugar and stevia in the ingredients. The stevia makes it taste sweeter than it really is, which I personally don’t find a need for. Finally, it contains black- and green-tea extracts, which aren’t as potent as the actual tea itself. How to Clean Out Your Pantry For Better Health An RD’s List of Healthy Snacks for Weight Loss A Nutritionist Looks Inside Our Fridges