Diet sodas, sugar-free gum, bars, candies and cookies made with zero-calorie artificial sweeteners—they might seem like a healthier alternative to their original counterparts made with real sugar. After all, they contain little to no calories and are sweeter than table sugar, so what’s not to love, right?

“Current research suggests that artificial sweeteners can change your gut microbe composition because certain microbes can break down artificial sweeteners better than others,” says Jessie Wong, RDN, LD, a registered dietitian who specializes in gut health and IBS. “This allows the microbes that can break them down to flourish while the ones that can’t diminish, leading to a change in composition.”

Although larger studies are needed to see the long-term effects of artificial sweeteners, like neotame, on the human gut, the fact that they can cause gut dysbiosis—an imbalance between the good and bad bacteria in your gut—means there’s potential for them to impact a wide range of things in your body.

They May Lead to a Weakened Immune System

Science shows that there’s a strong connection between your gut health and immune function. “Artificial sweeteners could create an imbalance of bacteria in the gut microbiome, which could possibly impact our immune system,” says Marvin Singh, MD, an integrative gastroenterologist, founder of Precisione Clinic and author of the forthcoming book, Rescue Your Health.

“These sweeteners can cause metabolic derangements and glucose intolerance by altering the gut microbiome,” Dr. Singh explains. So why does this matter? “If our microbiome isn’t balanced, our immune system may not be as strong—and the majority of our immune system is found in the gut.”

Case in point: Research suggests that consuming high doses of artificial sweeteners could induce glucose intolerance by altering the microbiome, according to a May 2015 article in Gut Microbes. Scientists supplemented the drinking water of mice with high doses of saccharin, sucralose, or aspartame. After 11 weeks, the mice that drank the artificially sweetened water showed glucose intolerance compared to those that just drank water or water enhanced with sucrose or glucose.

Although it’s not totally clear why some artificial sweeteners can cause glucose intolerance, one theory is that they can interfere with the body’s sweet receptors and stimulate an insulin response. This can heighten cravings for sweets instead of reducing them.

More research is needed to fully understand the effects of consuming artificial sweeteners on the human gut, but this research in mice gives us early insight.

They Could Worsen or Trigger Digestive Symptoms

Other mice studies on artificial sweeteners show that they may also worsen gut inflammation, particularly in those living with inflammatory bowel diseases, such as Crohn’s disease and ulcerative colitis, says Inna Lukyanovsky, PharmD, a gut health expert and author of the Crohn’s and Colitis Fix.

“For example, a May 2018 study in Inflammatory Bowel Diseases found that the artificial sweetener sucralose maltodextrin (Splenda) worsened gut inflammation in mice that carry Crohn’s-related diseases,” Lukyanovsky says. “Specifically, the artificial sweetener increased the number of Proteobacteria—a species of bacteria associated with Salmonella, E. coli, and Legionellae—in mice who had a predisposition to Crohn’s and related illnesses.”

Because artificial sweeteners can cause an imbalance of bacteria in the gut, it can potentially worsen or bring about symptoms in those who live with IBD, IBS, or any sort of gut dysbiosis or digestive issues.

“When there are alterations in the microbiome, you may also have more of an inflammatory potential. There are many factors that can trigger or intensify symptoms of IBD, but having an imbalanced microbiome is certainly a risk,” Dr. Singh says.

How to Reduce Your Artificial Sweetener Consumption

Wong suggests skipping the following artificial sweeteners and sugar alcohols and trying small amounts of the healthier swaps below.

You can also try to find healthier substitutes for the foods you normally eat that have artificial sweeteners. For example, if you’re a regular diet soda drinker, consider flavored seltzer water. And if you’re hankering for baked goods, make them at home instead of pre-packaged ones and use pure maple syrup or honey as a sweetener.

Stevia, a natural sugar substitute, may also be a good alternative to artificial sweeteners and sugar alcohols because it doesn’t cause as many gut issues, Lukyanovsky says. However, there are some concerns that Stevia could be an endocrine disrupter. That said, more research is needed to confirm findings, Dr. Singh says.

“While we wait for more research to clarify the effects of artificial sweeteners on the gut, it might be better to use more traditional sweeteners, like cane sugar, honey, and maple syrup in moderation,” Wong says. “They have been used for centuries, and we know that they are definitely safe in moderation.” 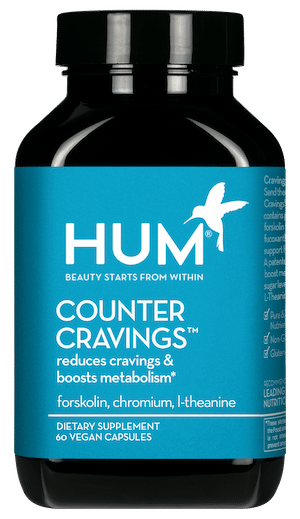 Tiffany Ayuda is a New York City-based editor and writer passionate about fitness, nutrition, health, and wellness. She has held previous editorial roles at Prevention, Eat This, Not That, Daily Burn, and Everyday Health. Tiffany is also a certified personal trainer through the American Council on Exercise. When she's not writing or breaking up a sweat, Tiffany enjoys cooking up healthy meals in her Brooklyn kitchen.