SHOP Take The Hum Quiz
We love a good discussion at HUM, so here’s why we value our commitment to non-GMO vitamins. There’s a huge debate in nutrition science right now that centers on GMOs (genetically modified organisms). But that debate often gets clouded in confusion or emotion rather than facts and figures. When reading HUM labels, you’ll notice that all of our products are non GMO. We didn’t make this decision based on emotions, but rather a lengthy and complex analysis of the key arguments used by both sides. In the end, while seeing the benefits of GMOs, we found the case against GMOs to be the stronger one. Here’s how we got there, plus a bit of GMO history.

GMOs are living organisms whose genetic material has been artificially manipulated in a laboratory through genetic engineering (GE). Genetically modified organisms are rooted in modern biotechnology. While biotechnology has been around for thousands of years (e.g., selective breeding of animals, crossing of plants, the use of yeast to make wine), modern biotech started with the discovery of DNA in 1954. Modern biotech uses techniques to modify the DNA code with the intention of either expressing or suppressing important traits. This would then improve agricultural yields, the quality of wool, fat content, or disease resistance. So early applications of modern biotech involved the modification of the hosts’ own genome (the complete set of DNA for an organism). However, with advancements in science and technology, this then went a step further with applications involving the transfer of genes between organisms that aren’t normally able to crossbreed. In other words, it’s the ability to move genes across species barriers. GMOs aren’t limited to plants either. AquAdvantage, a man-made breed of salmon, is the first GMO animal destined for food consumption to hit U.S. supermarkets soon. It’s part Atlantic salmon and part Chinook salmon, with a few genes from other fish thrown in to ensure the fish grows at twice the speed of their natural counterparts. Today the Non-GMO Project, a nonprofit organization designed to give consumers informed choices, states that GMOs are in as much as 80% of conventional processed food.

The Upsides of GMOs

Key arguments for the use of genetically modifying organisms include the potential to sustain our rapidly growing population with more specialized and effective farming amidst dwindling resources.

The world’s population was about 1 billion in 1800, 2 billion by 1930, and is now around 7 billion. You can see the accelerating growth pattern even without using the complicated formulas designed to measure it. By the middle of this century, we’re expected to add another 2 billion people, putting further strains on the already limited resources of our planet. GMOs have the potential to increase crop yields by making species more resistant to disease. They could then lower the impact on the environment since less land and pesticides are required. It’s also often mentioned that farmers in developing countries are better off using GMO crops, as it can reduce the financial burden of pesticides.

There’s also the argument that a food’s shelf life can be extended and flavor and nutrition enriched. For example, a special crop of rice called golden rice has been enhanced to produce vitamin A, a key nutrient often deficient in populations of developing countries.

The Downsides of GMO

When it comes to those opposed to the use of GMOs, key arguments include safety concerns, the financial impact on farmers, and the reduction of biodiversity.

Starting with safety, we have to look at science to separate facts from myths. There are hundreds of studies looking at the safety of GMO crops in animal feeds such as corn, rice, and soybeans. We took a comprehensive approach, reviewing of all these studies together in order to digest the vast information. Jose L. Domingo, a professor of toxicology and environmental health, is an expert in the field of GMO safety. He has authored or co-authored 560 papers and has been cited over 18,000 times, making him one of the most-cited specialists in this field. In his literature review on the safety assessment of genetically modified plants, he concludes the following:

“The number of citations found in databases (PubMed and Scopus) has dramatically increased since 2006. However, new information on products such as potatoes, cucumber, peas or tomatoes, among others was not available.”

2. Published literature on GM plants over the past four years concerns only three products.

“Corn/maize, rice, and soybeans were included in the present review.”

3. More efforts are required to build confidence in the evaluation and acceptance of GM plants.

While a few products have been approved for safety, we’re not yet in a position to give carte blanche to a technology beyond where it’s proven safe. One also needs to question studies that have been mainly financed by an industry seeking a positive outcome (more on that shortly).

The argument that GMOs will leave farmers better off due to better yields hasn’t been proven to date. Furthermore, the big four biotech companies—DuPont, Monsanto, Syngenta, and Dow AgrowSciences—control 80% of the U.S. corn market and 70% of the soybean business. They also control more than half of the world’s seed supply. With such a concentration of competitive power, it’s hard to imagine that seeds will be priced to benefit small customers. Furthermore, farmers in developing countries have virtually no bargaining power. Simply put, it doesn’t make economic sense. Rather than concentrating more power within a few companies that can use biotech as a barrier to entry, we should be advocating for solutions that de-monopolize the world’s seed business.

Harvard Public School of Health states that there “are also potentially large, and often not well understood, risks from GM technologies — to the environment in general, and to biodiversity and the functioning of ecosystems in particular.” So again, while acknowledging the potential upside, a huge uncertainty remains about the greater impact on the environment and biodiversity. Genetically engineered organisms could escape fields and potentially cause major disruptions to entire ecosystems.

The Power of a Few: A Labeling Controversy

During the 2012 presidential election, California had Proposition 37 on the ballot. If passed, it would have required clear labeling if GMOs were present in foods. Proponents of the measure spent $9 million on their campaign. That’s the same amount that Monsanto—a multibillion-dollar agrochemical and biotech company and the leader in GE seed production—spent on the No to Proposition 37 campaign alone. In total, the No campaign raised $46 million, outspending their opposition by five times and ultimately winning. In our view, the amount of vested interest here highlights the danger of objectivity in light of corporate-interest lobbying, politicians, and research institutions. This lack of transparency and amount of lobbying is concerning.

16 European Countries Have Said No to GMO

Of course, large-scale lobbying doesn’t always pay off. Despite massive efforts by big biotech companies, 16 countries in Europe (Austria, Bulgaria, Croatia, Cyprus, Denmark, France, Greece, Hungary, Italy, Latvia, Lithuania, Luxembourg, Malta, the Netherlands, Poland, and Slovenia) have said no to GMO. Another 3 (Germany, England, and Belgium) have requested a partial opt-out to give them more time to come to a conclusion and study territories within their countries where GMO crops are cultivated. Can the people of these countries and their politicians all be wrong? Sure they can. But there’s clearly enough uncertainty remaining about safety, advantages, and disadvantages that can’t be ignored. 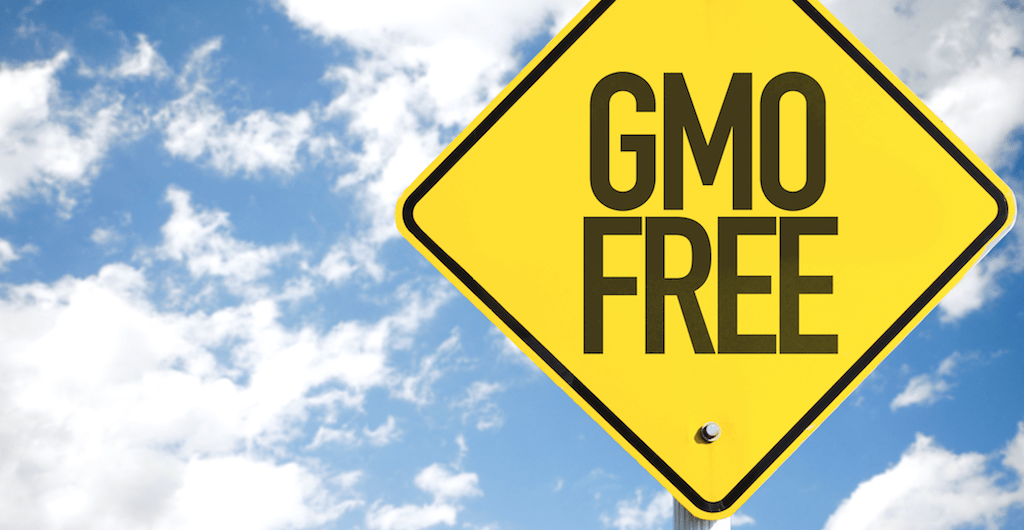 At HUM, we don’t deny the potential upsides of GMOs. However, we value our commitment to designing non-GMO vitamins due to the current information at hand. There simply remains too many unknowns regarding safety beyond the few crops that have been studied. We also see the financial damage done to small farmers by concentrating the power of too few organizations who have created massive barriers with the already large profits that they’re generating. We also believe in protecting our biodiversity. Our planet has been balancing out species and their interdependencies for millions of years. During all that time, DNA wouldn’t jump across species in the way that’s done now by modern biotech companies. The lack of transparency and the huge amount of vested interest also doesn’t make a great case for GMOs. Lastly, we’ll have to tackle population growth at some stage. Simply using solutions that potentially create bigger problems in the long run and don’t solve the underlying problem won’t help us preserve this planet. Only collective thinking and protecting the environment will allow us to succeed in the long run. Hence, HUM made the decision to formulate non-GMO vitamins and supplements. 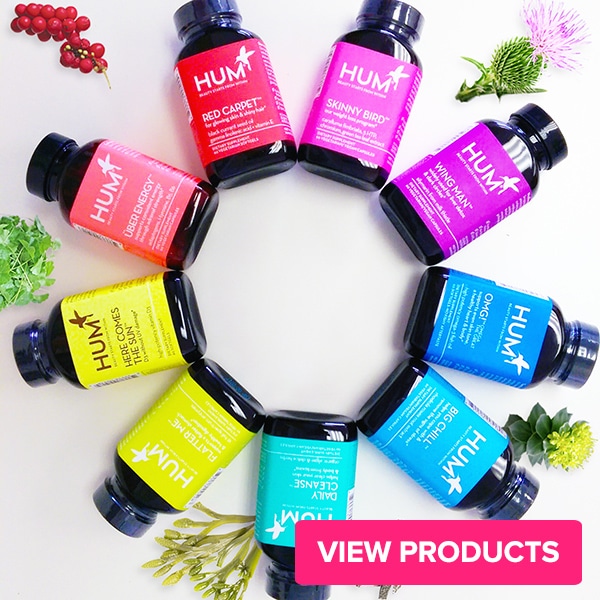 3 Month Subscription Trio
helps cleanse your skin & body
We combined the Who’s Who of the botanical world to detox from deep inside.
0
Reviews

How We Make Supplements that Work: 5 Steps Is Tap Water Safe to Drink or Do You Need a Water Filter? Get to Know the Tricky 12: Widely-Used Bad for You Ingredients HUM Nutrition Avoids